British Army medic returns from training in fight against Ebola 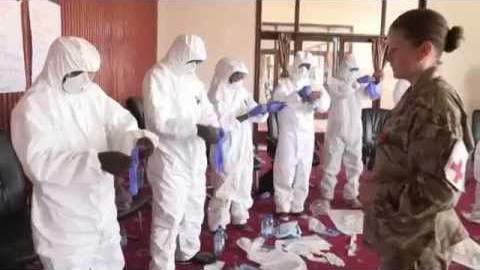 Private Danielle Pattinson, of 35 Squadron 5 Armoured Medical Regiment, has recently returned from Sierra Leone where she has been training Sierra Leonean healthcare workers and volunteer hygienists in the fight against Ebola.

The Army medic from Barrow-in-Furness was one of more than 40 personnel who successfully completed their task at the Ebola Training Academy, which they established at the National Stadium in Freetown.

Their task was to train people in the use of protective personal equipment, which would protect them from coming into bodily contact with Ebola sufferers, allowing them to administer care to the sick and dying with minimal risk to themselves.