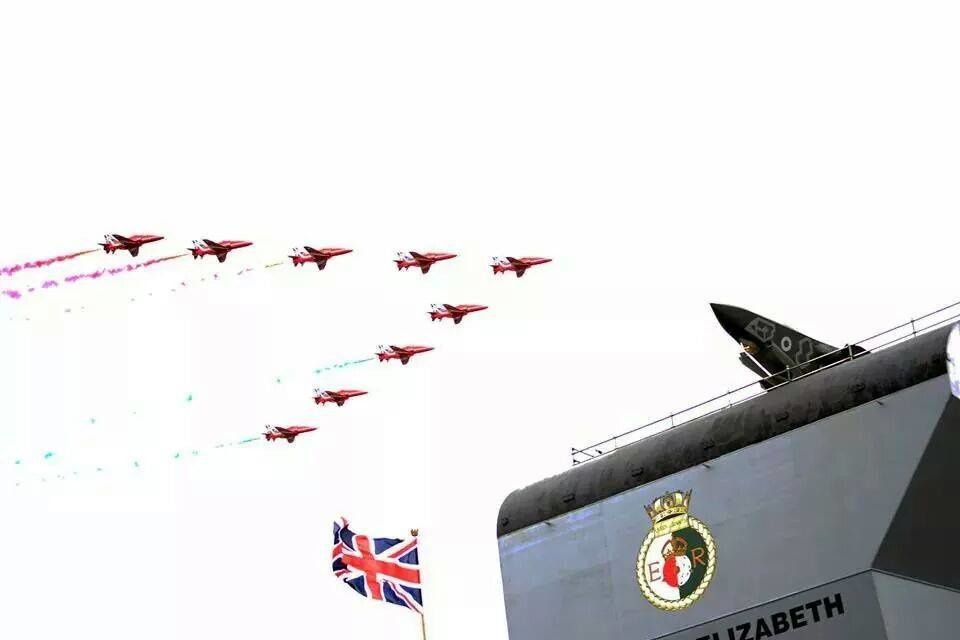 The Ministry of Defence have clarified the details surrounding the Queen Elizabeth class aircraft carriers and their complement of F-35B strike aircraft.

There has been speculation in the media that there has been a change in the delivery programme for the F-35B that may result in delays to the roll out of the UK’s Carrier Strike capability – and that, in an operational emergency, US jets may fly from the Carriers until the UK F35 fleet is ready.

This is not the case. It was always the intention to take a phased approach to ordering F35.

We are fully committed to both the F35 and the Queen Elizabeth Carrier programmes -both of which are on track to enter initial maritime operating capability in December 2020 as planned.

We expect Queen Elizabeth carrier to commence sea trials in 2017, and have been clear that UK F35 aircraft will be used for first of class flying trials in 2018.

Our relationship with the US is mutually beneficial and we share a sense of common purpose. In 2012 we signed an agreement to enhance cooperation on carrier operations. Indeed, UK pilots have already flown from US ships in preparation for UK carrier operations.

It is our hope that by publishing this, we raise awareness of the nonsense typical of defence journalism in the mainstream media.