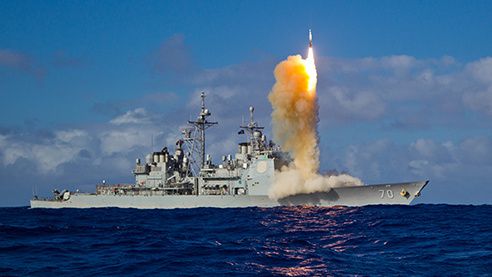 BAE Systems has signed a contract with the US Navy to deliver critical system engineering, integration and testing support for its Aegis combat system.

Initially valued at $23m, the five-year agreement comes with an overall price of $120m.

BAE Systems Intelligence and Security sector president DeEtte Gray said: "Our Aegis system engineering experts have been working side-by-side with sailors for more than 40 years to modernise and strengthen the US Navy's fleet of Aegis-equipped surface ships.

"Together, we are enhancing the US Navy's combat readiness."

The Aegis system, which is reportedly the navy's most advanced and complex weapon system, integrates the latest-generation computers and radars to trace and guide weapons.

More than 100 vessels from the navies of Australia, Japan, Norway, and Spain, as well as the US, have been, or will be, equipped with the system.

BAE also provides modernisation support for the navy's fleet of cruisers and destroyers equipped with the Aegis system.