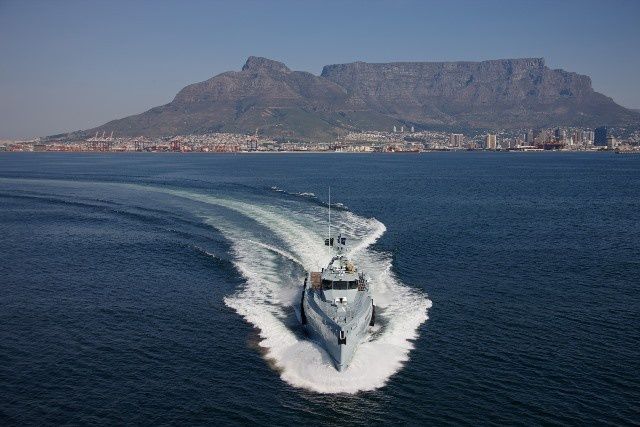 Another Damen vessel of the same class is currently operational with the Cape Verdean Coast Guard.

"They have low operational costs, are very fuel efficient, have a competitive purchase price and, crucially, are easy to maintain.

"Overall, they provide a reasonable total cost of ownership, making them attractive to countries that have a requirement to patrol an EEZ."

The two new vessels are designed to be equipped with Sea Rogue weaponry, which includes a system with a 20mm cannon forward of the wheelhouse and two 12.7mm Browning guns.

Capable of being operated by a hand controller, the Sea Rogue boasts an accurate target-tracking feature and can be installed in collaboration with manufacturer Reutech.

DSCT chairman Sam Montsi said: "The FCS 5009 is deliverable in two formats. It can be either a fast crew supply ship or a security patrol vessel.

"They are also the first in their class to be outfitted with MTU engines that offer a lighter weight-to-power ratio for increased speed."