Are the Ukraine Crisis and ISIS Threatening the Pivot to Asia? 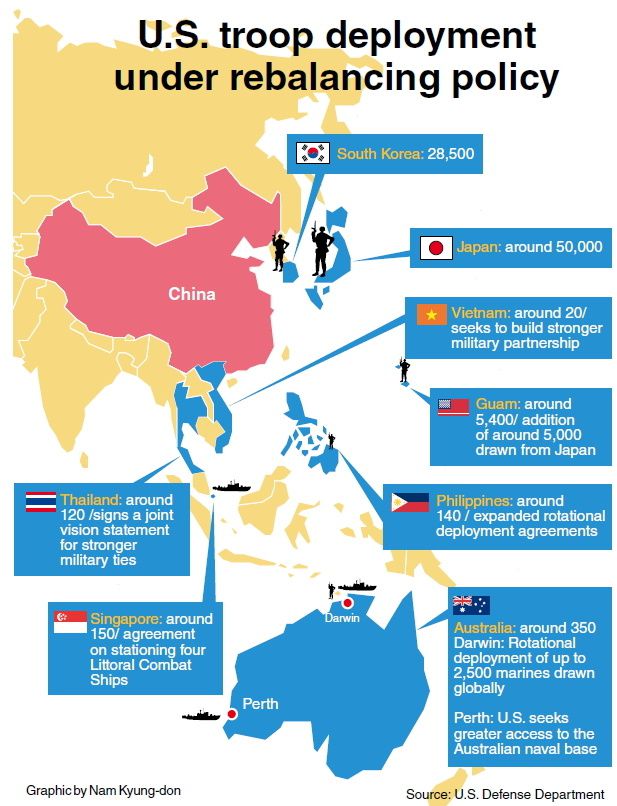 US troop deployment in Asia-Pacific (May 2014, strategic-culture.org)

The chairman of the House Seapower and Projection Forces subcommittee shows concerns over the U.S. pivot to Asia.

The chairman of the U.S. House of Representative’s Seapower and Projection Forces subcommittee, Representative Randy Forbes (R-Virginia), is worried that the ongoing fight against the terror group Islamic State, as well as the current fighting in Ukraine, could divert resources from the U.S. military’s pivot to Asia, according to dodbuzz.com.

“One of the major components to the Pacific pivot is the relationship we have with our allies in terms of all coming together. (…) Devoting credible resources to the capabilities required to ensure U.S. presence in Asia is the only way to ensure that the ‘rebalance’ is more than just a slogan. (…) Both our allies and our competitors judge our commitment to the Asia-Pacific region by the capabilities we maintain,” Forbes states.