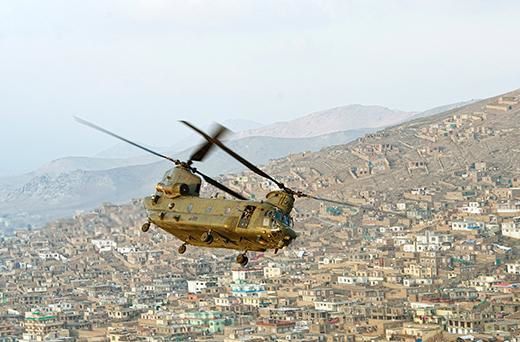 Royal Air Force Chinooks are continuing to make a significant contribution towards Afghanistan’s future security and stability following the end of the UK combat mission in the country on 31st December 2014.

Three Chinooks helicopters from RAF Odiham in Hampshire are currently deployed to assist the servicemen and women remaining in Afghanistan supporting the Afghan government and Afghan National Security Forces (ANSF) in non-combat roles. The focus of the UK’s efforts in the country has evolved from leading combat operations to training, advising and assisting the ANSF, this includes leading the training at the Afghan National Army Officers Academy (ANAOA).

“The British mission in Afghanistan, known as Operation TORAL, is to support the institutional development of the Afghan government and the strengthening of the Afghan Security Forces. For us [the Chinook Force] this involves flying diplomats, UK and coalition military and freight around the capital.”

“The primary difference we’re making is that we’re keeping people off the roads. By far the highest threat at the moment in the capital are road side bombs and vehicle-borne improvised explosive devises. By using air we can transport people quickly and more safely to various locations in the city.”

“We’re not the only aviation assets here, there’s a large presence from the americans but we’re having a disproportionate affect with just our three aircraft. We’re a small detachment but we’re currently providing up to ten hours flying a day moving troops and equipment around Kabul.”

“I’m particularly proud that even within our first month here, we were already achieving a hundred percent of the flying task we were asked to do. That equates to roughly 2400 people being kept off the roads. When you consider how many convoys that haven’t had to happen, that is really rewarding.”

Later this spring the Chinook Force in Kabul will be replaced by three RAF Puma HC 2 helicopters from RAF Benson, they will remain in Afghanistan until the mission is complete.

Sqn Ldr Brown said, “There are people on the Chinook Force now who don’t remember a time when we haven’t been in Afghanistan. After 14 years it will be a big step change for us but also a chance for a reset back at RAF Odiham.”

“We will have the opportunity to start supporting other exercises and contingency operations as required and we will also be able to focus on training in other environments that we haven’t been able to concentrate on while our main effort has been flying in Afghanistan.”

Engineers from 1310 Flight, normally based at RAF Odiham get to work on a Chinnok while it sits on the pan at Kabul.

“The Chinook has become synonymous with Afghanistan, every time you see an image of troops in Helmand, chances are you will see an RAF Chinook in the background.”

“We’re extremely proud of the support we provided to operations in Afghanistan so it will be a sad day when we leave this country but I think we’re leaving it a better state than when we arrived and it’s a chance for the Chinook force to look ahead to new things.” 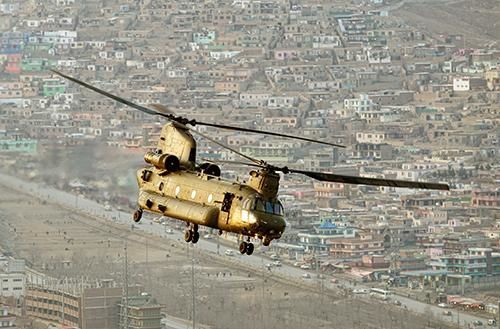 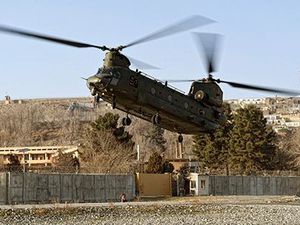 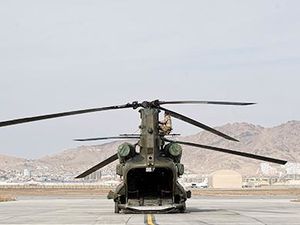