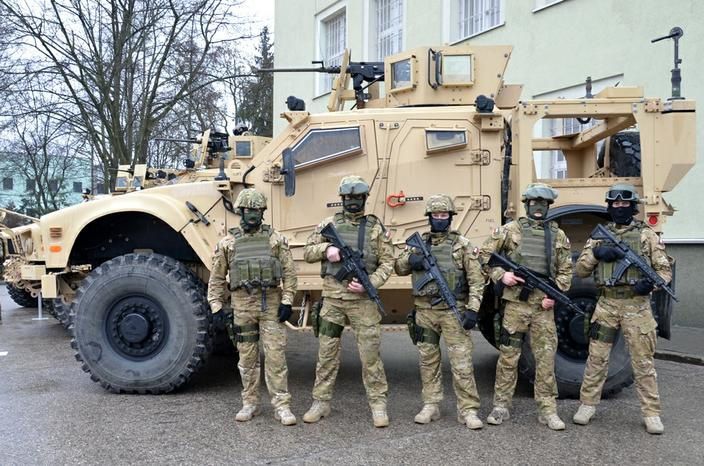 45 mine-resistant MRAP M-ATV vehicles, supplied by the US, were handed-off for the Polish Special Forces in Cracow.

The Polish Special Forces received 45 M-ATV vehicles. The hand-off ceremony took place in Cracow and the US Ambassador in Poland Stephen D. Mull participated in that event. Delivery of the MRAP vehicles is being carried out within the framework of the Excess Defense Articles programme, the standard way that the U.S. military gives leftover equipment to allies. Earlier Poland had received Oliver Hazard Perry vessels or C-130 Hercules transport planes in that way.