Poroshenko Gets His Guns in UAE 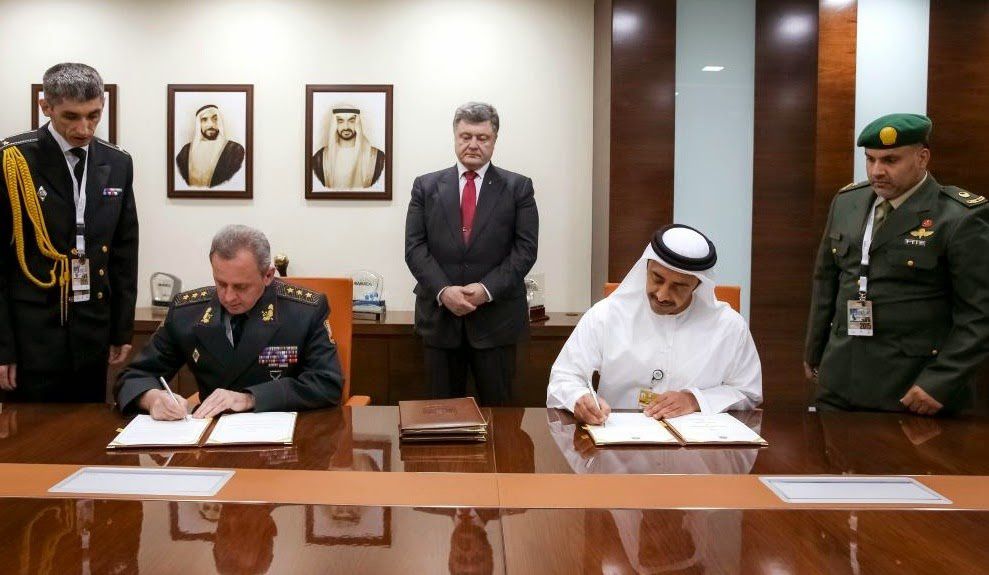 ABU DHABI, -- Ukrainian President Petro Poroshenko announced the signing of a deal on military and technical cooperation with the United Arab Emirates on Tuesday, during his visit to the IDEX-2015 Arms Expo in Abu Dhabi.

The president told reporters that he had signed a "very important memorandum about military and technical cooperation" with his UAE counterparts, without providing any more information on what the agreement will entail. The deal was struck between Ukrainian officials and UAE Crown Prince and Armed Forces Deputy Supreme Commander Sheikh Mohammed bin Zayed al-Nahyan.

Further details on the deal have not been confirmed by Ukrainian or Emirati officials.