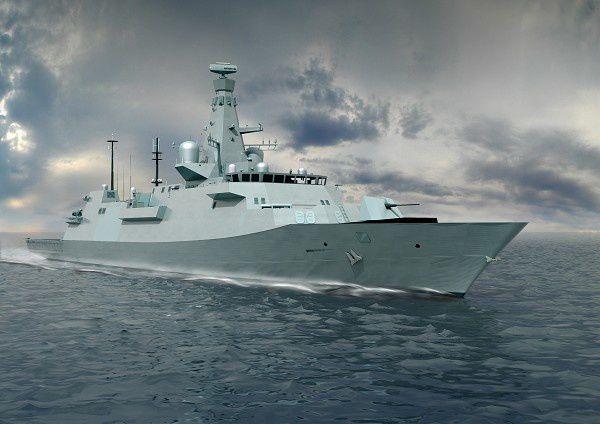 The Throughout the evolution of the Type 26 Frigate there has been a great deal of discussion and speculation about it’s export potential. Brazil, Australia, New Zealand and even the US have been linked with the Type 26 and yet not a great deal has been forthcoming.

The emergence of the Type 26 coincided with a new approach from the MoD that placed ‘exportability’ into the decision making process for investment in bespoke design and development. The general concept put forward by the MoD was if the nation is investing large chunks of cash in designs from scratch it had better have some export potential or else it wouldn’t be authorised.

This approach was included in the National Security Through Technology strategy published in 2012, click here to read.

In the past, the MOD has sometimes set its equipment requirements so high that the resulting systems exceeded any potential export customer’s needs or budget. As highlighted in the SDSR, we believe one way to increase the UK’s share of global defence exports is to consider export-related issues early in the MOD’s own acquisition cycle, while ensuring that our Armed Forces continue to receive the equipment capabilities and support they need. This approach was strongly supported in the Green Paper consultation responses.

There are some major equipment projects that will never be exported, Successor and Astute for example, or some crypto as another. For others, the discussion centred on how operational capabilities could be maintained whist still offering the same equipment for export in a competitive global market. It was recognised that exportability could not be tacked on at the end of the development cycle but had to be integral to the process from start to finish. Techniques such as modularity, open system exploitation and parallel development.

It also raised the prospect of compromising on specification in order to make equipment more exportable.

the MOD will adjust programmes, having considered the qualitative and quantitative benefits to be gained from exports, underpinned by robust market analysis of customer requirements in potential export markets.

A recent FOI release included a 2014 report from DSTL titled Embedding Exportability in the MoD which has a very interesting section on the Type 26, drawing a comparison between that and the Complex Weapons portfolio approach that has already seen some export success with the Common Anti Air Modular Missile (CAMM)

The Type 26 project team made an attempt at implementing exportability by identifying and consulting potential international partners/customers early in the projects lifecycle. This aspect was successful but did not occur early enough and there wasn’t a real appetite to compromise on UK requirements to accommodate export customers. The premise of achieving exports of the platform was also based on flawed market intelligence, leading to a poor export strategy.

Click here to read the full document, it is fascinating and complex subject with no easy soundbite solutions but at least on T26, the additional information is very interesting. It raises the same question the MoD has been grappling with for a very long time, should it compromise equipment specification (and thus, arguably operational effectiveness) for better exportability which offers the prospect of larger volume and lower overall programme cost. Or put another way, the balance between cost, specification and quantity.