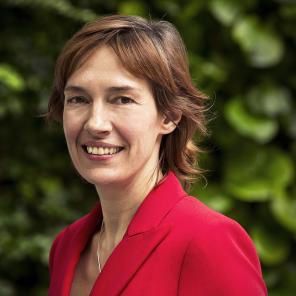 Anne Bouverot has been appointed Chair and CEO of Morpho (Safran), effective August 1, 2015. She will replace Philippe Petitcolin, who is expected to be appointed Chief Executive Officer of Safran.

Anne Bouverot, 48, is a graduate of the Ecole Normale Supérieure, with a telecommunications engineering degree, and holds a PhD in computer science (1991). She started her career as an IT project manager for Telmex in Mexico, moving to Global One in the United States in 1996. She was named Vice President, IT services business unit at Equant in 2002. Two years later she became Chief of Staff to the Orange CEO in the UK, then Executive Vice President, Mobile Services for France Telecom Orange. In 2011, she was named Director General and a member of the Board of Directors of GSMA, the global association of mobile operators. In addition, she is a member of the Boards of Directors of CapGemini and Edenred.

In line with the governance principle approved during its meeting on December 5, 2014, Safran's Board of Directors, meeting after the Annual General Meeting of Shareholders on April 23, 2015, is expected to name Philippe Petitcolin as Chief Executive Officer of the Group.