Create an EU army to keep back the Russians, Jean-Claude Juncker suggests 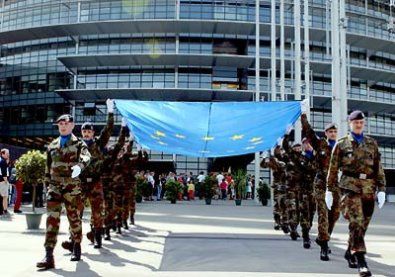 A European Union army should be created to help defend the continent from Russian aggression, the European Commission president has suggested. Jean-Claude Juncker said pooling the defence resources of the 28 EU nations could help send a message to Vladimir Putin that its borders would be protected. However the move was panned by the UK Independence Party who warned the move would be a "tragedy for the UK". The comments came during an interview Mr Juncker gave with Welt am Sonntag, a German news magazine. "Such an army would help us to build a common foreign and national security policy, and to collectively take on Europe's responsibilities in the world,” Mr Junker said.