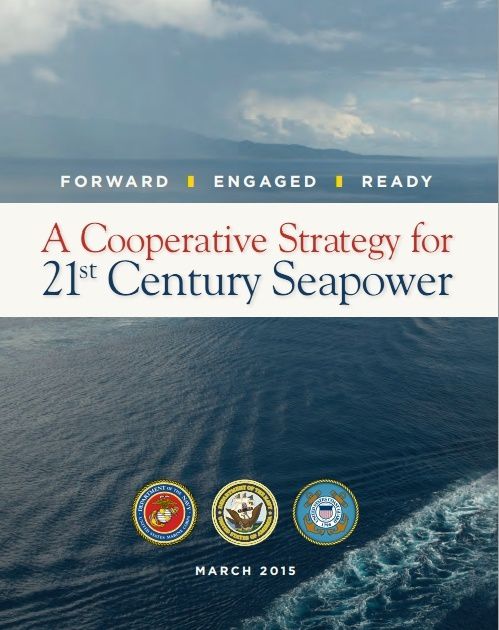 WASHINGTON --- The sea services released a new maritime strategy, March 13, a plan that describes how the Navy, Marine Corps, and Coast Guard will design, organize, and employ naval forces in support of national security interests and homeland security objectives.

The essential functions of the maritime strategy released in 2007 were adjusted to include a new function called "all domain access" which underscores the challenges forces face in accessing and operating in contested environments.

The new strategy emphasizes operating forward and engaging partners across the globe, especially in the Indo-Asia-Pacific region.

The strategy calls for increasing the Navy's forward presence to 120 ships by 2020, up from about 97 ships today. This includes forward-basing four ballistic-missile-defense destroyers in Spain and stationing another attack submarine in Guam by the end of 2015.

The Navy is scheduled to increase presence in Middle East from 30 ships today to 40 by 2020.

The strategy reinforces the continued need to strengthen partnerships and alliances by stressing the importance of operating in NATO maritime groups and participating in international training exercises.

Additionally, the strategy outlines plans to maintain readiness by implementing the Navy's Optimized Fleet Response Plan which improves readiness and leads to a predictable cycle for maintaining, training and deploying carrier strike groups and amphibious ships.