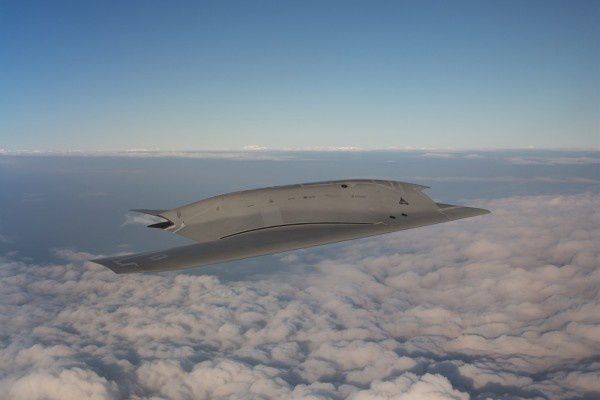 France, Germany and Italy will follow up by awarding a study contract in December to an industry group formed by Airbus Defence and Space, Dassault Aviation and Alenia Aermacchi.

The initial contract is valued at a few dozen millions of euros. Ultimately, if the program progresses as planned, the nations plan to obtain an operational reconnaissance UAV by 2025.

“Our effort in the field of surveillance drones and ISR will increase with, already this year, the launch of studies of the future European drone, with Germany and Italy, that France envisions for about 2025, ,” Le Drian said here during a March 11 press conference.

An Italian defense official confirmed the agreement, which has not yet been made public in Italy, however adding “we will see whether it ultimately leads to a development program.”

The three companies have been calling for such a government initiative for over two years, and in May 2013 took the unusual step of issuing a joint statement calling on their governments to “launch a European MALE program.…to support the capability needs of European armed forces while optimizing the difficult budgetary situation through pooling of research and development funding.”

The companies have a double goal: to maintain the know-how and expertise of their military aircraft design offices, now that they have mostly completed work on current fighters, and to recover the UAV business that is now going to their US competitors – France and Italy operate General Atomics Predator or Reaper UAVs, like the UK, the Netherlands has just decided to buy some while Spain is also weighing buying some.

“Originally, [our] idea was to prevent the procurement of Reaper drones by European governments,” but this didn’t work, Dassault Aviation CEO Eric Trappier said here during a separate March 11 press conference. “We’ve been working on this project for a long time, and we think we can develop a drone to replace the Reaper, which is an interim solution. We have asked our governments to state that an operational requirement exists, and we will be able to reply to that requirement.”

In parallel, France is however continuing to boost its Reaper force, which is seeing intensive use in Africa, where it is supporting French and allied troops operating in Mali. France is due to receive a third Reaper aircraft in April, and will order a follow-on batch of three additional aircraft in August, according to a planning document released by Le Drian.

“We are asking for a contract from the three governments covering initial studies,” Trappier said. “Initially, it’s a question of a few dozen million euros, although it will cost more once development is launched.”

The three companies set out the details of their proposal in a second joint statement issued in June 2014, in which they proposed “a Definition Phase which has been prepared by joint development teams of Airbus Defence and Space, Dassault Aviation and Alenia Aermacchi and which is backed by an industrial agreement on workshare and a cooperative agreement to start the MALE2020 program.”

The broad lines of the industry proposal have been retained, although the initial operational capability has slipped to 2025.

One of the trickier problems to be solved is the integration of the future MALE UAV into general air traffic, Trappier said. The inability to fly in unrestricted airspace is one of the reasons for which Germany canceled the EuroHawk program – a variant of Global Hawk fitted with a German sensor package – after spending several hundred million euros on its development.