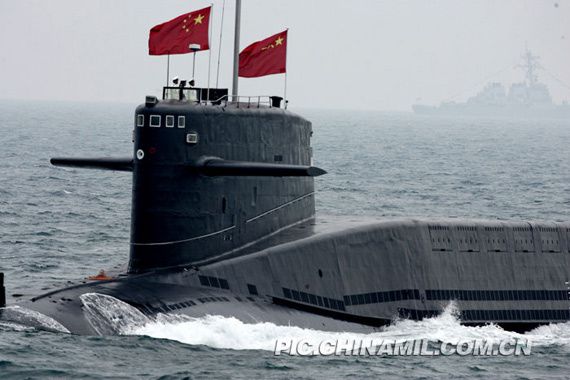 Vice Admiral Joseph Mulloy, deputy chief of US naval operations, has been criticized in China's Global Times for comments which exaggerate the strength of the People's Liberation Army Navy, in the view of a Chinese expert interviewed by the paper.

"China is building some fairly amazing submarines and now has more diesel- and nuclear-powered vessels than the United States," Mulloy told the US House Armed Services Committee's seapower subcommittee on Feb. 25, according to Reuters. Mulloy said China is expanding the geographic areas of operation of its submarines and the length of their deployment. The PLA Navy deployed its submarines to the Indian Ocean about three times last year and also kept vessels out at sea for 95 days, Mulloy said.