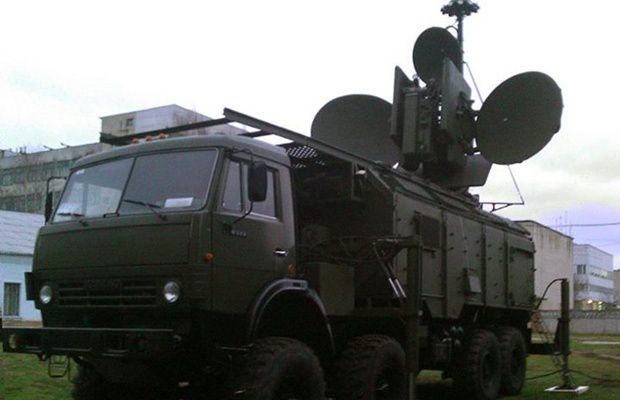 One of the many reasons NATO believes the Russians are actively involved in the fighting in eastern Ukraine (Donbas) is the presence of Russian electronic warfare equipment. Not just Cold War era stuff (which Ukraine inherited some of when the Soviet Union collapsed in 1991) but equipment NATO knows was developed in the 1990s or later. This Russian gear has greatly aided the rebels, who have neither captured any advanced Ukrainian electronic warfare equipment or possess the number of electronic warfare experts needed to operate the equipment needed to explain the amount of jamming and eavesdropping the rebels are being supported with. Thus the rebels can jam or eavesdrop on all manner of Ukrainian communications (cell phones, military communications and control equipment for UAVs and anything else operated remotely) and jam those communications as well.

Ukraine has asked NATO for electronic warfare support and there has been no publicity about the result. That could mean that some NATO nations responded, quietly, mainly for the opportunity to get a better understanding of the latest Russian electronic warfare gear under combat conditions. That is important because Russia exports a lot of this equipment. The Russians don’t mind making their electronic warfare tech more vulnerable to theft because Russian manufacturers need the money to stay in business. NATO would simply like to know more about the latest Russian gear, just in case.