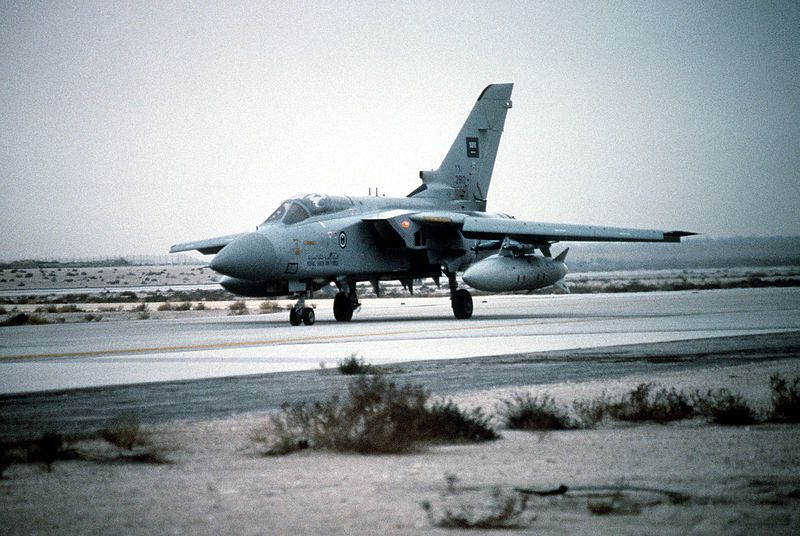 As Saudi Arabia carries out the longest air campaign (against Yemen) in its history it was noted that the Saudis were sending up to fifty British made Typhoon and Tornado fighter-bombers a day on combat missions. The Saudis have 80 Tornados and 48 Typhoons with another 72 Typhoons on order. In contrast Britain has 125 Typhoons and 98 Tornados. Because of budget cuts and the resulting shortages of spare parts and maintenance personnel Britain could not put as many Typhoons and Tornados into action as Saudi Arabia. This is another example of how just having a lot of combat aircraft can be misleading. If you cannot afford to keep them flying your air force becomes much less capable than it appears.

For Britain this is nothing new. Since the late 1990s Britain's RAF (Royal Air Force) has had to deal with year after year of budget cuts. By 2011 the years of cutting corners because of shrinking budgets reached the point where a lack of spare parts for the new Eurofighter Typhoon limited the amount of time pilots could spend in the air. This, in turn, led to only eight pilots being certified as qualified to perform ground attack duties in the Eurofighter. While the Eurofighter is mainly an air-superiority ("fighter") aircraft, there is very little call for that sort of thing at the moment. Ground attack, on the other hand, was very much in demand during 2011 when NATO agreed to provide support for Libyan rebels. Now the RAF now finds that the Saudi Air Force has more pilots capable of flying bombing missions than Britain and can put more combat aircraft into the air than the RAF.

The two decades of cuts had already led to cancellations of orders for new aircraft. In 2009 Germany and Britain both decided to cut back on the number of Typhoons they would buy. Thus the final 37 Typhoons Germany agreed to buy for its Luftwaffe (air force) were instead offered for export. Germany would have preferred to just cancel the final 37 aircraft but this would have resulted in over a billion dollars in cancellation fees. But the export option will hurt the Typhoons project as Germany will sell their 37 aircraft for whatever they can get, thus denying the Typhoons (Eurofighter) consortium export sales.

At the same time Britain decided to not take all of its third batch of 88 Typhoon fighters. This cost Britain $2 billion in increased maintenance costs and penalties. Britain did take 40 of the fighters from the third batch and resold another 24 to Saudi Arabia. In effect, Britain was pulling out of the Eurofighter program, and cancelling 16 of the aircraft it was to have received from the third batch. The British government believed that 184 Typhoons would be sufficient and that it could not afford any more than that. That was optimistic and Britain ended up with 125 mew Typhoons and 80 older Tornados that will be retired by the end of the decade. The new American F-35 is supposed to replace the Tornados and some of the older Typhoons. Britain wanted buy 138 F-35s but it looks like 80 is a more realistic, or optimistic number.

Originally, Britain planned to buy 232 Typhoons. Germany was to get 180, Italy 121, and Spain 87. Most of those orders shrank in the 1990s. There are currently 430 Typhoon in service, after entering service in 2003. There are over a hundred still on order but total production will probably not be much more than 600.

Development of the Eurofighter began in the 1980s, and the first flight took place in 1994. Each aircraft costs over $170 million, including development costs. The Typhoon is a somewhat stealthy multi-role fighter. It is fast, maneuverable, and carries a lot of weapons. It also can be used for ground attack missions. This 23 ton aircraft will be the principal fighter in the air forces of Britain, Spain, Germany, and Italy. The Typhoon is closer in capability to the F-15, than the F-22, and is competing with the F-35 for many export sales. The Typhoon was purchased by Saudi Arabia mainly to provide protection from Iran.