BALTOPS 2015: A Show of Force in the Baltic Sea 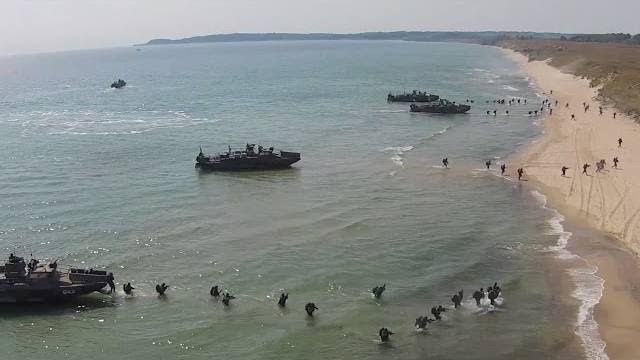 Ships, planes, and hundreds of Marines attacked a beachfront off the Baltic Sea this week. This impressive show of force is part of BALTOPS 2015 - an annual US-led NATO exercise designed to enhance flexibility and interoperability, and demonstrate the resolve of allied and partner forces to defend the Baltic region.

Thousands of military personnel take part in this multinational exercise involving 49 ships, 61 aircraft, 1 submarine, and a combined landing force of 700 troops. 17 NATO Allies and partner nations participated in BALTOPS 2015, which took place in Poland, Sweden, Germany, and throughout the Baltic Sea.