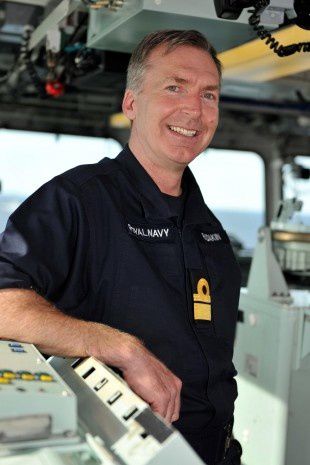 We currently have a major UK/French exercise underway that is developing the working relationship between the two nations’ navies.

But how many people know about this partnership?

In this blog Rear Admiral Radakin, Commander UK Maritime Forces explains a bit more about Exercise Griffin Rise, how it came about, and what it means.

Griffin Rise, and associated activity, was borne out of the Lancaster House Treaty of 2010 between France and the UK.

This created the concept of a UK/France Combined Joint Expeditionary Force (CJEF).


The philosophy behind the CJEF is of two medium sized powers in Europe that share common values and interests, and possess credible and sophisticated armed forces, coming together to enhance their shared outlook on the world and their influence in it, as well as their ability to respond to events and maintain stability.


It’s a simple concept - the assumption is that militarily we are stronger together.


Now, if we look at how we are turning that into reality, both the UK and French navies will have an aircraft carrier capability; both have a similar submarine force and nuclear deterrent; a similar frigate and destroyer capability; a substantial mine countermeasure force; and helicopter assets.


Both navies are highly capable but by coming together we can be more effective.


In this simulated exercise I now have under my command the aircraft carrier FS Charles de Gaulle; an impressive combined French and UK amphibious force with a heavier punch than either nation could deliver alone; more frigates and destroyers, and submarines.


And, in the exercise, I can use these “bigger and better” forces to assist expelling an enemy that has invaded an allied nation.


By working together in this fashion we are enhancing our capability.


I have a shared HQ that has been made much richer by having the expertise of French staff (all fluent in English – which has left me embarrassed by my rudimentary French).


Many have just returned from the Gulf where they were involved in bombing ISIL forces in Iraq from FS Charles de Gaulle.


And, throughout, they were supported by the UK Frigate HMS Kent which integrated seamlessly into the French carrier task group.


Our role in Griffin Rise is being played out in HMS Ocean, which is currently in the Baltic Sea. But why are we here?


HMS Ocean is the UK’s Flagship and it has a command and control capability necessary for a 2* Admiral to command from afloat.


This allows me to be the maritime component commander for the Griffin Rise exercise working to a French 2* Joint Force Commander based in Paris.


But at the same time Ocean is also taking part in an exercise called BALTOPS 15.


This is a large, maritime, NATO exercise in the Baltic Sea but HMS Ocean’s size and flexibility means that she can provide me the command and control capability I need while, at the same time, providing complementary capabilities to NATO and still deliver an amphibious assault at the same time.


So, this is an exciting UK/French initiative now being put into practice; something that is very comfortable to the UK and French Navies.


And it is being carried out on the Royal Navy Flagship, using it as a command ship whilst it is on a very different task with NATO in the Baltic.


International operations, in a truly international ship, and all done with and alongside our nearest ally, France, to deliver effective military power – together!