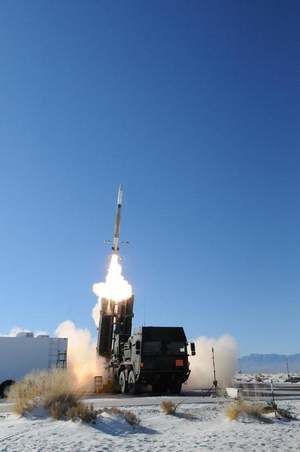 The German Federal Ministry of Defence has chosen the Medium Extended Air Defense System (MEADS) as the basis for Taktisches Luftverteidigungssystem (TLVS), a next-generation network-based tactical air and missile defense system. It will replace Patriot air defense systems initially fielded in the 1980s.

“Lockheed Martin is fully committed to the success of TLVS,” said Rick Edwards, president of Lockheed Martin Missiles and Fire Control. “It reflects our continuing commitment to international partnerships and ongoing support for the German government’s leadership role in European missile defense.”

“With this decision in favour of MEADS, Germany has opted for a powerful, state-of-the-art, long term ground-based air and missile defence system sufficient to meet the threats both of today and of the future,” said Thomas Homberg, managing director of MBDA Deutschland. “It is now our shared responsibility, together with the armed forces, to provide a solid basis for the introduction of the system.”

In 2013, at White Sands Missile Range, New Mexico, MEADS became the first air and missile defense system to demonstrate a dual intercept of targets attacking simultaneously from opposite directions. MEADS is designed to significantly reduce operation and support costs by covering a larger area with less manpower and equipment, and less demand on airlift. Once in theater, MEADS elements emplace more quickly and can be repositioned without shutting the system down.