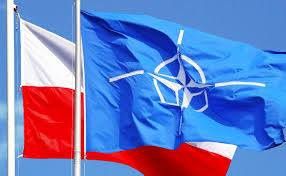 Poland has responded to Russia's belligerence by raising its defence budget by 18 per cent, achieving the biggest increase in military spending of any country in Europe. Haunted by memories of Soviet invasion, Poland is set to join the handful of Nato members who meet the alliance's target of investing at least two per cent of national income in defence.