Take a back seat ride in the Eurofighter Typhoon - as you've never seen it before. 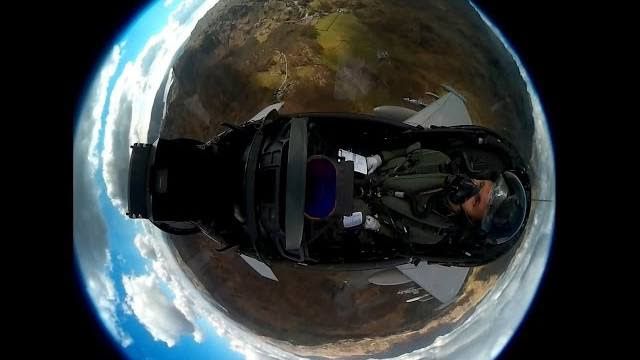 Take a unique 360 degree look at the flight of one of the world's most advanced fighter aircraft, the Eurofighter Typhoon.

This footage is shot during a recent test flight by the team from our Military Air and Information (MAI) business over the Lake District in Cumbria, United Kingdom.

You can see the navigator in the back seat of a twin-seat aircraft as it roars over stunning countryside.

Test pilot Peter Kosogorin, who was flying the sortie when this footage was shot, explains: "The benefit of having such a wide field of vision is that we can look at what the pilot is doing, you can look at the ergonomics, the head motion.

"We can see the human-machine interface as the pilot moves and the aeroplane's response to what he is doing.

"We get a unique image of the entire aircraft and it gives us a new perspective."