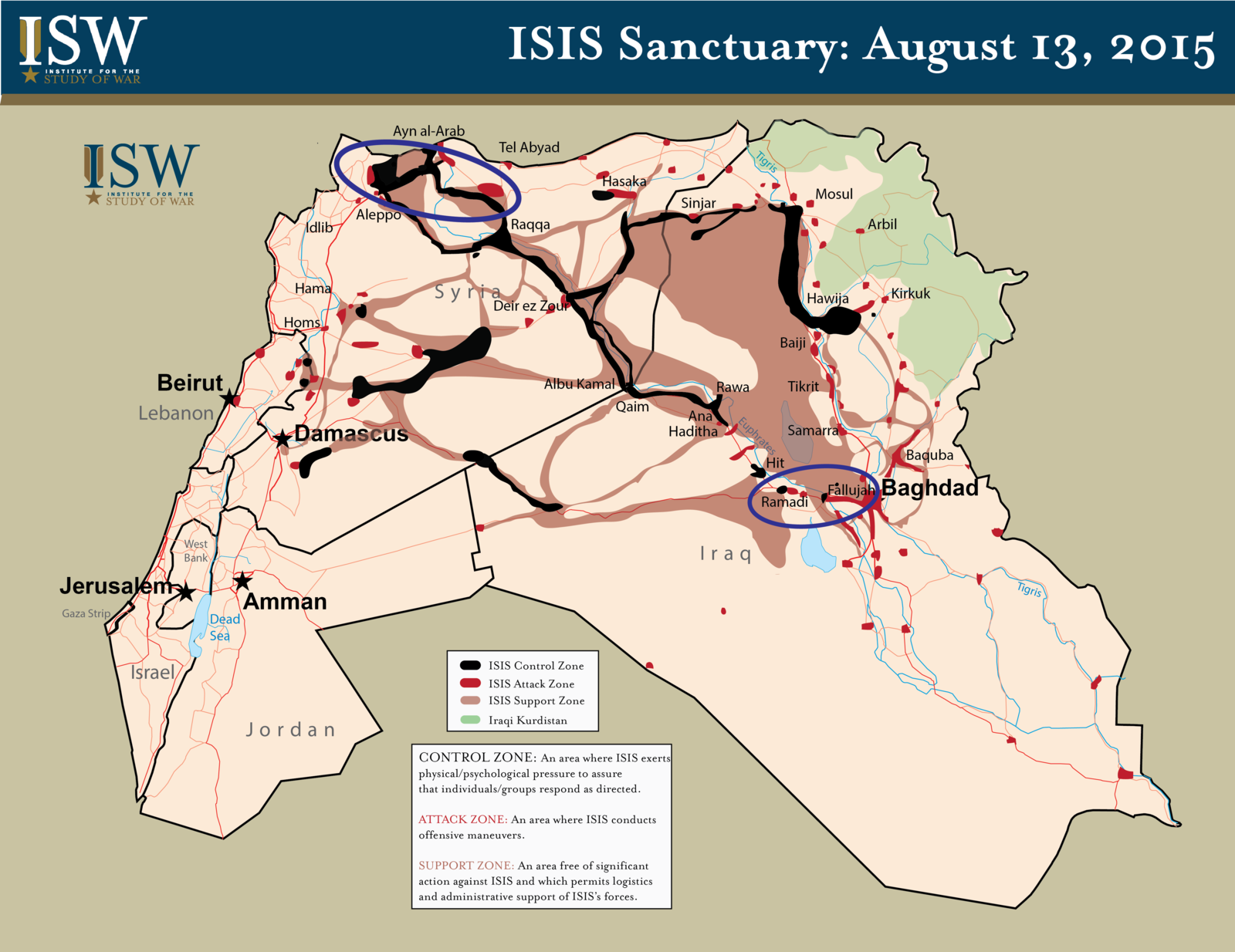 Since the publication of ISW's last ISIS Sanctuary Map on June 19, 2015, ISIS has escalated attacks to fix opponents in order to protect its core terrain in Iraq and Syria. ISIS launched a failed offensive on Hasaka City to divert Syrian Kurdish forces after the Kurds seized terrain north of ISIS's stronghold of Raqqa. ISIS also escalated attacks against Syrian rebels north of Aleppo, likely in order to disrupt potential efforts by Turkey to establish an "ISIS-free" zone in the area. In Iraq, the Iraqi Security forces and Shi'a militias experienced limited success between Ramadi and Fallujah, as part of an operation to clear ISIS from Anbar announced on July 13. ISIS is now attempting to draw Shia forces away from Anbar by launching spectacular attacks in Baghdad and Diyala. This map features an updated representation of ISIS's control of populated areas along the northern Baghdad-Mosul highway and near Hawija, which has remained constant since June 2014.