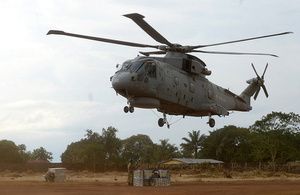 The Royal Navy’s anti-submarine warfare helicopter, the Merlin Mk2, has achieved Full Operating Capability (FOC), on time and under budget.

The significant milestone of the £807 million programme has now been met, following the delivery of 24 out of a total of 30 Merlin helicopters to the Royal Navy.

The upgraded Merlin Mk2s are the world’s most advanced maritime helicopter and have undergone improvements to their anti-submarine/surface warfare combat capabilities, including radar upgrade, as well as being fitted with advanced glass cockpits.

Each aircraft has improved aircrew consoles, touch-screen displays and are fitted with over 40km of new wiring. The new technology gives them the enhanced ability to detect and track targets, and to share data with other aircraft and ships while airborne.

The considerable investment the UK Government has made in these next-generation Merlin helicopters will ensure that we continue to deliver a flexible capability that meets the needs of our Armed Forces.

This programme forms part of this Government’s commitment to invest £11 billion in our helicopter fleet over the next 10 years as part of our £160 billion Equipment Plan to provide our people with the very best equipment and support.

The Merlin Mk2 is an exceptional aircraft providing a variety of specialist warfare and general roles, and this programme has been delivered on time and under budget making it a great procurement success.

It is an important part of our overall helicopter force, and has proved itself countless times fulfilling a number of tasks including counter-piracy measures and providing humanitarian relief. 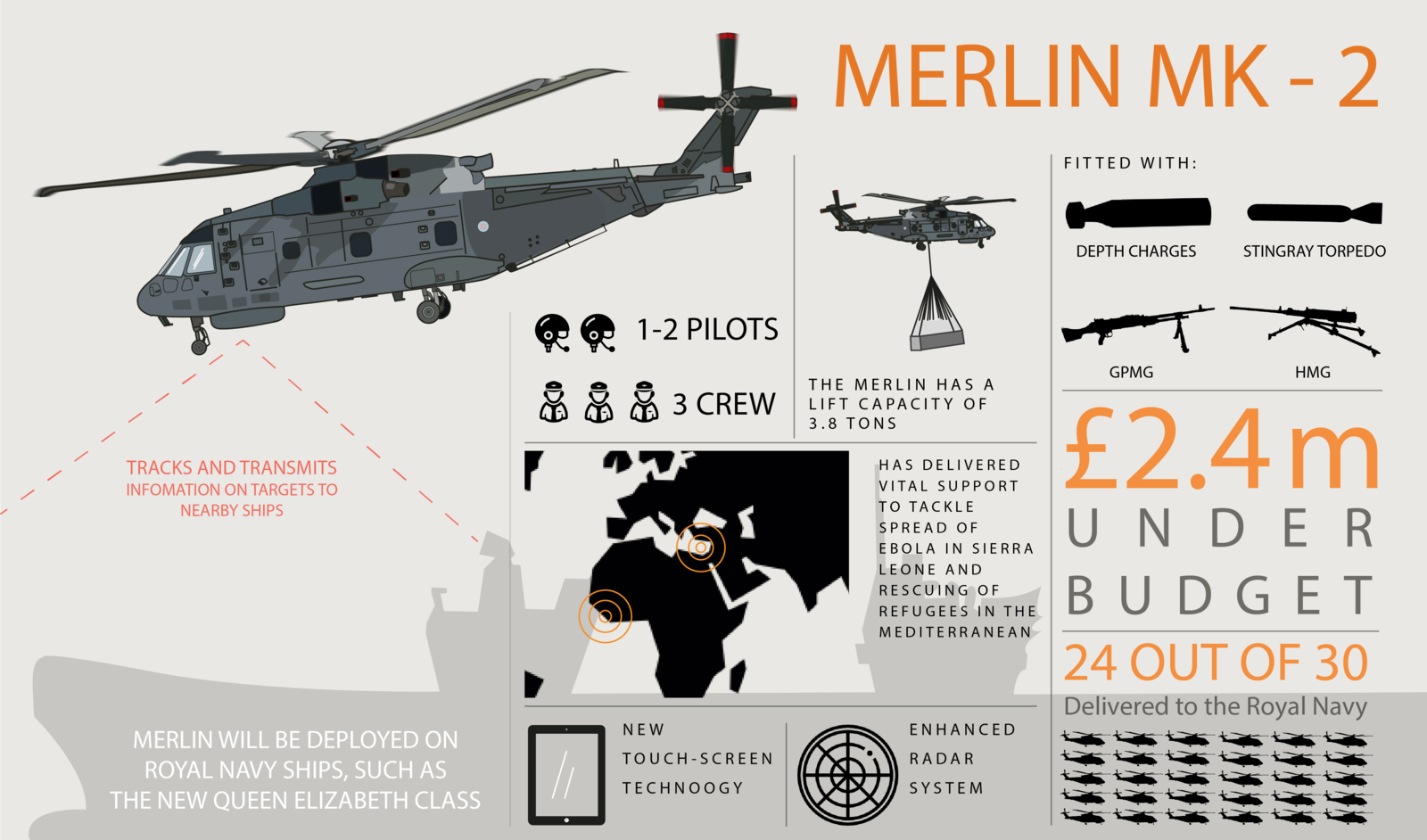 The upgrade programme was carried out by Lockheed Martin, based in Havant and AgustaWestland in Yeovil, and supported around 1,000 jobs.

The helicopters roles include carrying out counter-piracy and casualty evacuation duties. They have delivered vital support to the UK effort in Sierra Leone to tackle the spread of Ebola and supported the rescuing of migrants in the Mediterranean.

The Merlin Mk2 helicopters are expected to be deployed on the Royal Navy’s next generation Queen Elizabeth class aircraft carriers, as well as frigates, destroyers and support ships world-wide to help keep Britain safe.