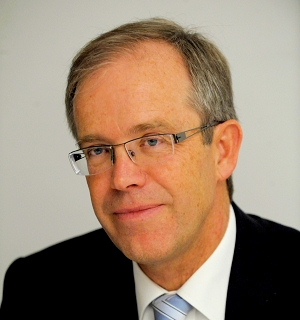 Recently Alain Establier met with Mr. Luc Vigneron *, Chief Exective Officer of the Emirates Defence Industries Company (EDIC) to discuss the rationale and future of the recently formed company, based in Abu Dhabi, United Arab Emirates. The interview was possible thanks to the courtesy of emirates authorities. Below is a transcript of their conversation:

SDBR: Is EDIC a financial institution, an OEM or something else?

Luc Vigneron (LV): Following a law issued by His Highness Sheikh Khalifa bin Zayed al-Nahyan, the President of the UAE, Ruler of Abu Dhabi and Supreme Commander of the UAE Armed Forces, EDIC was formed as an integrated defence manufacturing and services platform by its principal shareholders Mubadala Development Company and Tawazun Holding. It is a strategic asset of the UAE Government, and its mandate is to help keep the Armed Forces of the UAE at a peak state of readiness while also competing for business across the region. However, it is of equal importance to mention the national defence industry landscape, which set the conditions for a transformation to occur at this time. Over the last two decades, the UAE has built a robust and successful indigenous defence industry. Each company under EDIC has played an important role in achieving this.

As a result, both time and conditions were right to combine the country’s defence industries to position them for the next phase of growth. In fact, the UAE joins many other emerging economies that have followed a similar path, successfully consolidating their defence industry assets and becoming regional and global players. As a new national defence industry champion, EDIC is positioned to do the same.

SDBR: What’s your mission at EDIC?

LV: EDIC aims to unlock synergies across the industry, and create value through the strategic alignment of our capabilities. We will be the leading integrated defence industries platform for the UAE, and we aspire to be recognised globally as the region’s premier partner for manufacturing, services, and technology development. Furthermore, EDIC will deliver cutting-edge products and services and provide world-class facilities to better serve the Armed Forces of the UAE while working to transfer technical know-how to UAE Nationals. The UAE has established a strong and globally respected national defence industry over the last two decades. EDIC is proud to carry on this tradition. By working closely with our stakeholders and partners, we will build a new national defence champion over the next decade. Specifically, we are:

1.  Strengthening our strategic alignment to the needs of the UAE Armed Forces, and enhancing collaboration among our companies through shared services to reap economies of scale

2.  Balancing our relationships with OEMs, with a focus on increasing the transfer of technology and know-how

4.  Providing dynamic career opportunities to UAE Nationals in a high-skilled industry, with a focus on engineering and project management, and the technology sector in general

SDBR: What is the stage of EDIC evolution?

LV: We are working through the legal process of transferring ownership of each of the 16 companies to EDIC. At the same time, we are exploring synergies with a view to strengthening the industry, building national capabilities and increasing our capacity. When this transformation is complete, EDIC will be a substantial industrial services player and one of the largest such companies in the Arabian Gulf region, with 10,000 personnel employed in manufacturing and services across air, land and sea platforms.

SDBR: It seems that the goal is to build a champion…A champion for what to do? In which specialities?

SDBR: What is the contribution from Mubadala Development Company and Tawazun Holding?

SDBR: Do you have other plans for external growth? In which areas?

LV: Our focus now is on achieving a successful national defence industry transformation and building a national defence champion. As part of this process, we will work to promote innovation, technology development, state-of-the-art manufacturing and human capital development, specifically growing the next generation of Emirati engineers and project managers. We will also serve as a centralised hub of enhanced technological capabilities, resources and expertise – and deliver ease of access to a range of world-class products and services across all defence platforms.

SDBR: Do you have partnership projects outside the UAE?

LV: Our companies already have some leading global defence partners on board. We fully expect that by building an integrated defence manufacturing and services platform we will not only benefit our primary stakeholder, the Armed Forces of the UAE but, as a centralised facilitator for world-class products and services, serve as an attractive partner from the UAE with whom to do business.

* Mr. Vigneron’s brings extensive leadership experience in the global defence arena to EDIC, previously serving as the Chairman and CEO of Thales Group from 2009 to 2012. Prior to that, he served as Chairman and Chief Executive Officer of Giat Industries. During his time at Giat, he managed an extensive restructuring, which led to a relaunch of the company under the Nexter name in 2001.