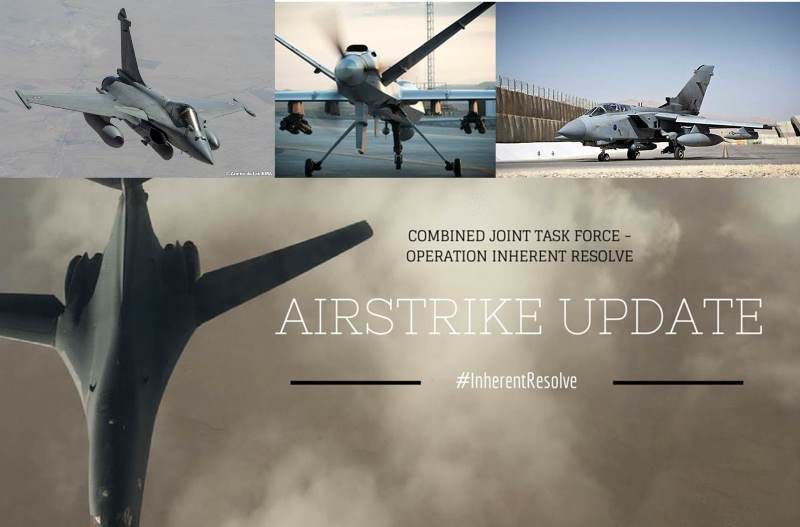 • Near Al Baghdadi, one strike struck an ISIL tactical unit and destroyed an ISIL fighting position.

• Near Bayji, one strike wounded an ISIL fighter.

• Near Mosul, one strike struck an ISIL tactical unit and destroyed an ISIL fighting position.