Burtin To Resign as Nexter Chair When KANT Is Created 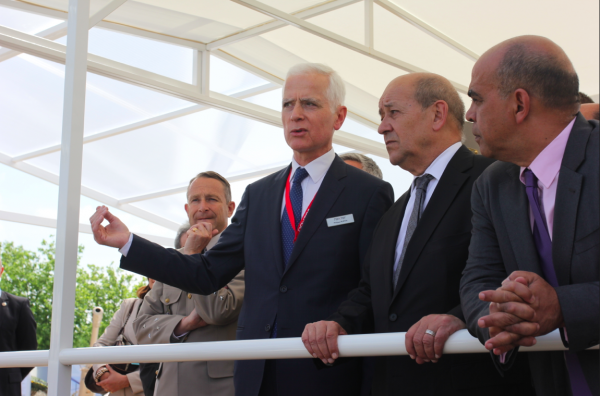 “On closing day, Mr Philippe Burtin will surrender his group mandates to the board, including that of Nexter Systems,” the state-owned holding company said in a Tuesday

The successor chairman expected to be named is Stéphane Mayer, chief executive of Daher, a privately owned company that builds the TBM training aircraft, an executive said.

“During the meeting of the board of directors of Giat Industries, the decision was made to change the governance of the companies of the group in order to adapt it to its new configuration within the KANT project framework,” Giat said.

KANT, which stands for KMW And Nexter Together, is the project name for the new company, which will be 50:50 held by Nexter and KMW.

The creation of the French-German joint venture relied much on work by the Agence des Participations, the state agency that holds the public ownership in Nexter, said Jean-Pierre Maulny, deputy director of think tank Institut des Relations Internationales et Stratégiques.

The joint venture will have combined annual sales of almost €2 billion (US $2.2 billion), and is seen as marking a step toward European industrial consolidation.

One of the key issues in the creation of KANT has been German political sensitivity over arms exports.

France and Germany said in a joint Wednesday statement on the “strategic cooperation” behind KANT: “Concerning decisions relating to the future of the supply chain and key technology for the joint venture, France and Germany will hold timely consultation with a view to reaching consensus.

“In order to increase the economic efficiency of the joint venture, we will examine the possibilities for improving the framework of conditions and instruments which strengthen competitiveness in the international market.”