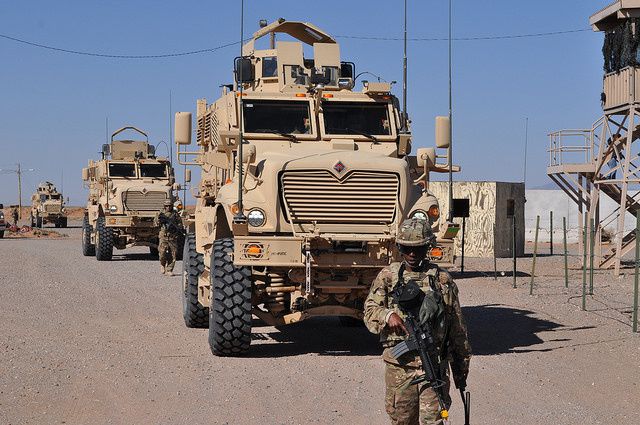 Based on experience in Iraq and Afghanistan the U.S. Department of Defense set up JIDA (Joint Improvised-Threat Defeat Organization) in September 2015 and proceeded to establish thirteen training centers where troops (mainly soldiers and marines) could receive instruction (and realistic practice) on the types of hand-held detectors available to detect bombs and mines. The training also includes imparting useful techniques learned in over a decade of dealing with these weapons.

At the top end of the devices the troops would use there is Minehound, which is a four (or more) kg (8.8 pounds) hand held device typical of those used for over half a century to detect mines. Troops hold it like a vacuum cleaner sweeping the circular sensor over the ground in front of them to detect mines and bombs, even those that do not contain metal. The high-end Minehound (costing over $40,000) incorporates a ground penetrating radar which can detect non-metallic mines or bombs.

Usually combat engineers are in charge of mine sweeping and removal, but since World War II most troops were trained in primitive, but often effective, techniques to detect mines. This often involved probing with a bayonet. With cheap (a few hundred dollars each) “beach comber” type metal detectors troops can clear a lot more ground more quickly but only if the mines are metallic. Devices like Minehound can handle just about anything out there, including the growing number of non-metallic devices, but requires more training. This includes some actual experience with different types of devices in different types of soil. A hundred or so hours of instruction at these training centers can make troops much more effective with any kind of detector.

JIDA exists because landmines and IEDs (Improvised Explosive devices) caused over 65 percent of troop casualties in Iraq and Afghanistan and remain a favorite weapon with irregular forces, especially Islamic terrorists. American troops have had to deal with IEDs before 2001 but not to the extent encountered in since then IEDs became much more common. In Vietnam IEDs only accounted for 14 percent of casualties and in previous wars that was even less. In response to the resurgence of IED use the U.S. established JIEDDO (Joint Improvised Explosive Device Defeat Organization) in 2006 and spent $25 billion developing ways to minimize the impact of IEDs. It was JIEDDO, now smaller because most troops were gone from Iraq and Afghanistan, that was turned into JIDA in 2015.