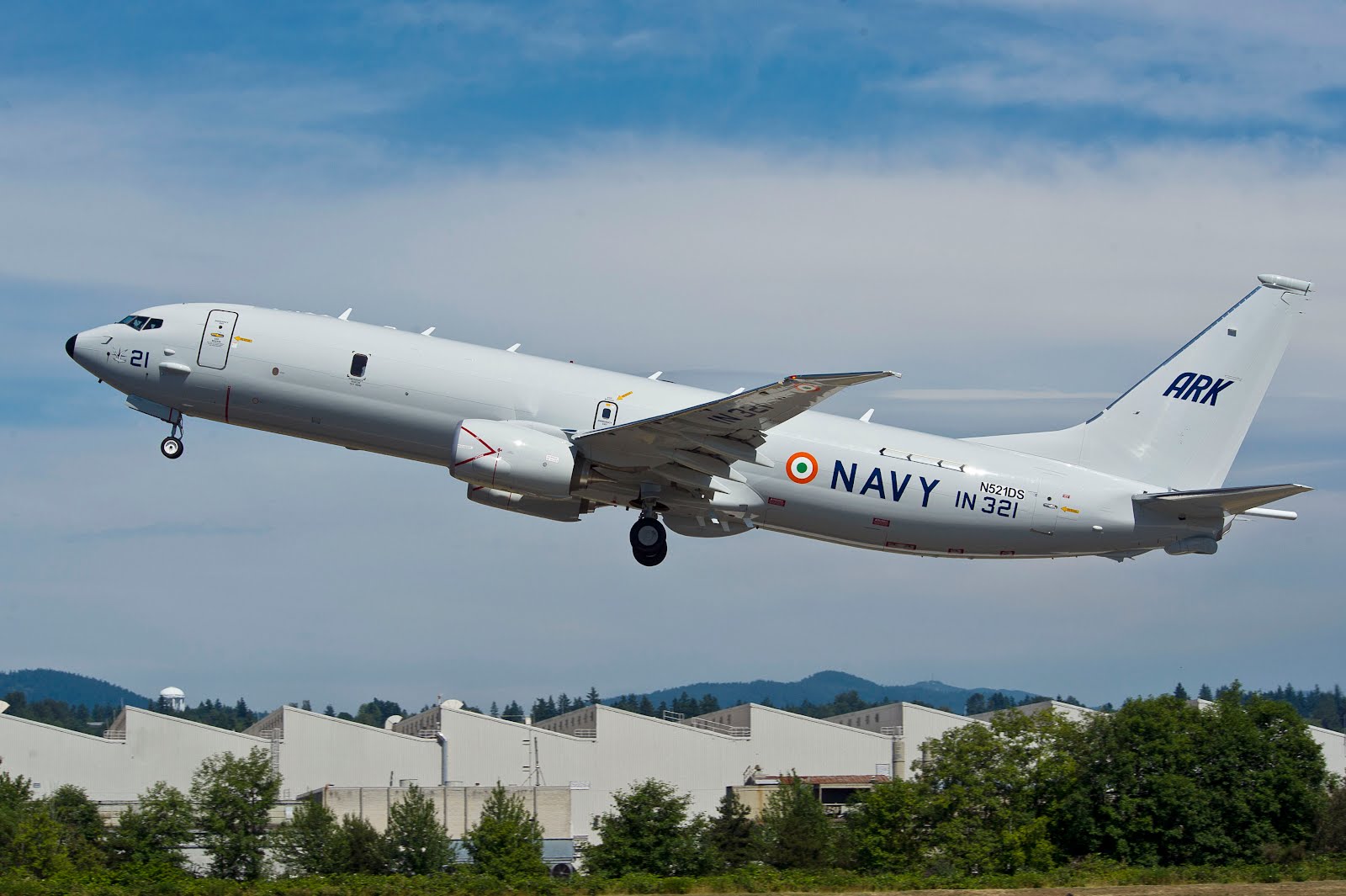 BOEING STATEMENT: The second Boeing P-8I aircraft for the Indian Navy completed its initial flight on July 12, taking off from Renton Field at 3:29 p.m. and landing two hours and 14 minutes later at Boeing Field in Seattle. The P-8I, a derivative of the Boeing Next-Generation 737-800 commercial airplane, is the second of eight long-range maritime reconnaissance and anti-submarine warfare aircraft Boeing is building for India.

The program is on plan and the Indian Navy is excited for the P-8I to join its fleet," said Leland Wight, P-8I program manager for Boeing.

During the flight, Boeing test pilots performed airborne systems checks and took the P-8I to a maximum altitude of 41,000 feet prior to landing. Boeing will begin mission systems installation and checkout work on the aircraft in the coming weeks.