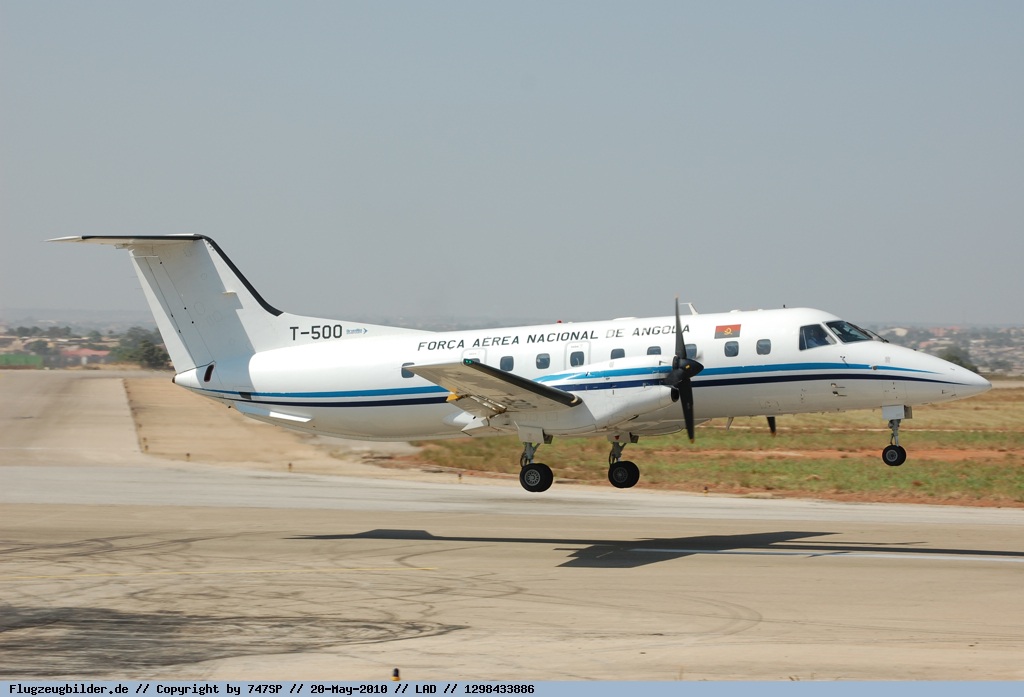 An Embraer aircraft operated by the Angolan air force has crashed in Huambo, Angola, killing as many as 30 people, according to local reports.

Angolan press agency ANGOP said that no details of the victims or the cause of the accident have been released, but it is understood that three army officers are among the dead.

Several crew members are also reported as fatalities, ANGOP said, however, there could be as many as six survivors.

Reports suggest that the aircraft involved bears the registration T-500. Flightglobal's MiliCAS database lists this as an Embraer EMB-120ER, manufactured in 2004.

The Angolan air force only operates two Embraer aircraft, the EMB-120ER and a Legacy 600 business jet.