Australia will Give 4 C-130H to Indonesia 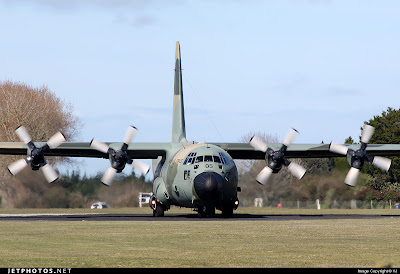 Australia's Herculean peace offering to Indonesia
AUSTRALIA will give four C-130 Hercules - worth an estimated $30 million - to Indonesia for disaster relief and humanitarian work in the first military swap of its kind between the two countries.
Three high-speed Australian naval vessels will also be deployed to Indonesian waters to launch an offensive against people smugglers.

The agreements struck yesterday in Indonesia's resort island of Bali between Prime Minister Julia Gillard and Indonesian President Susilo Bambang Yudhoyono marked a series of new strategic partnerships in what appeared a peace offering to soothe tensions about Australia's deal to host more US troops on Australian soil.

The aircraft, which need about $25 million spent to restore them to airworthiness, were due to be sold on the open market as Australia upgrades its fleet.

But the Australian Defence Force has agreed to give them to the Indonesian military, following a request for more resources to boost disaster relief across the region.

"These aircraft are important to the movement of people and equipment and food in times of difficulty," Ms Gillard said.

In a further strengthening of military ties, Australia will provide support for an Indonesian armed forces peacekeeping centre.