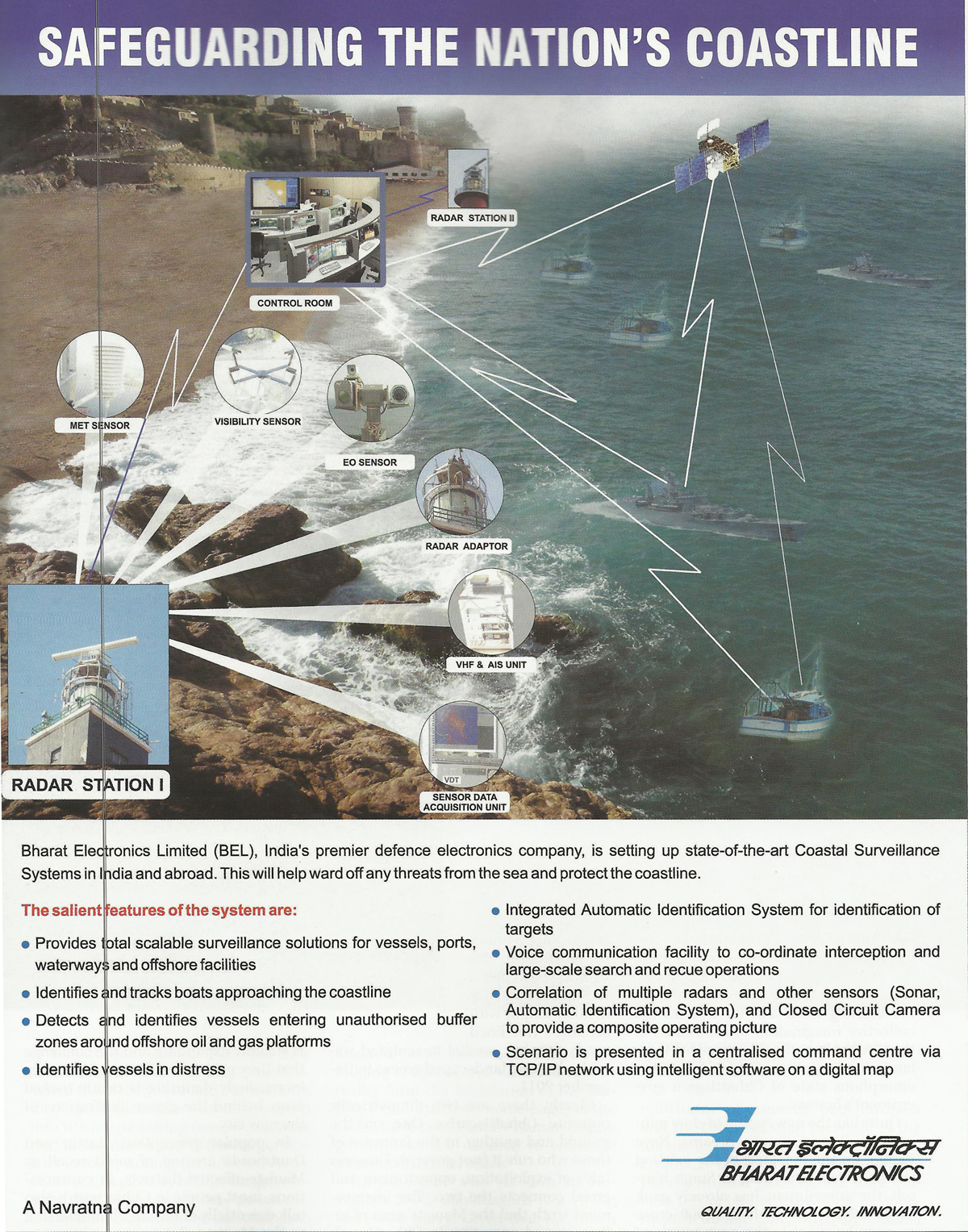 The order, worth around INR 600 crore, is part of the first phase of measures to enhance coastal security and has been issued by the Director General Lighthouses and Lightships.

While 36 of these India Band Radars will be installed on the mainland, six radars are planned to be set up on the Andaman and Nicobar Islands and four on the islands of Lakshadweep and Minicoy. All 46 radars are expected to be installed within one year.

The radars installed in the first phase, with an effective range of 50-70 nautical miles, will be followed by the setting up of almost 40 additional radars to be set up in the second phase, which are expected to fill any remaining gaps in the radar coverage on India’s coast.

The monitoring input from this network of radars will feed directly into the systems of the four coastal security Joint Operation Centers at Mumbai, Visakhapatnam, Kochi and Port Blair. The Indian Coast Guard has provided the technical expertize to the Director General Lighthouses and Lightships on configuration and system structure of the radar network.

This order comes almost three years after the terrorists struck Mumbai 26/11 after infiltrating into the city from the sea. India has also seen instances of Somali pirates operating notably closer to Indian waters, especially around the Lakshadweep islands.