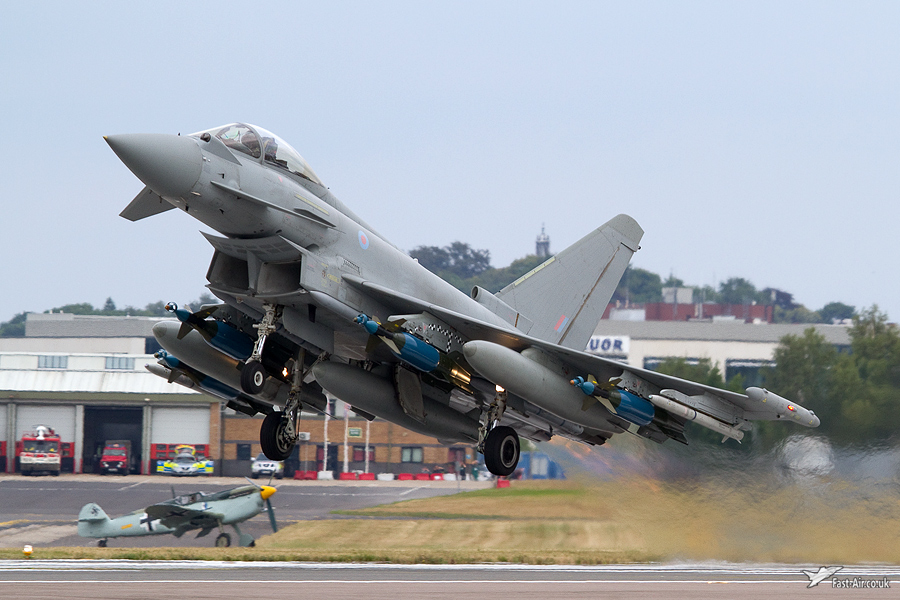 PETALING JAYA : The British government has offered Malaysia an arms package which can be worth more than RM10 billion if all options are exercised.

The sources said they do not expect any deal to be signed soon as the offer needs to be studied in detail.

In 1988, the British government under the then prime minister Margaret Thatcher presented a similar package to Malaysia, resulting in the procurement of Hawk trainers and frigates worth some RM4.9 billion in 1992.

According to sources, the current offer has been made as Britain seeks to boost its defence exports amid severe cutbacks in military spending by the United States and Europe.

Furthermore, without a government-to-government deal, British companies are facing difficulties when promoting their arms to Malaysia, the sources said.

For example, due to a company-mandated anti-bribery policy, BAE Systems is not working with any local agent to market the Typhoon.

"They faced a severe handicap as their competitors, such as the French Rafale and Swedish Gripen, are being promoted by their local agents. BAE Systems has to rely on its own company officials," one source told theSun.

The source said it is therefore imperative for the British government to step in to back the Typhoon deal although separate from the arms package.

"If the Malaysian government accepts the arms package, BAE Systems will be the main beneficiary of the deal," the source added.

On Oct 29, BAE Systems chief executive Ian King and a delegation were in Malaysia to discuss the company's bid for the MRCA programme. The highlight of the visit was a meeting with Prime Minister Datuk Seri Najib Abdul Razak in Putrajaya.

Industry sources told theSun King was told the government would use the normal procurement process. King's visit came a month after theSun reported on Sept 24 that Swedish defence and aerospace company, SAAB, had offered a lease-buy option for its Gripen fighter jet for the MRCA programme.
(The SunDaily)
Partager cet article