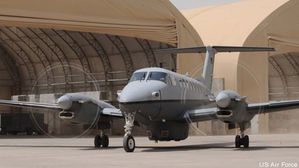 Defense department officials and the chiefs of the military services have been reassuring anyone who will listen that the Pentagon has its act together when it comes to implementing the new defense strategy and creating a “leaner and more flexible” force structure. There will be cuts that are painful, they all say, but they are being implemented in a manner designed to ensure no loss of capability even as the overall size of the military shrinks.

In Washington, the devil is always in the details when it comes to specific programs. The prospect of significant budget cuts already has Pentagon leaders making changes to many programs that were not cut or cancelled outright. Moreover, the reduction in force structure has prompted the military to take another look at roles and missions in an attempt to rationalize their activities and thereby reduce force structure.

Take the case of the Enhanced Medium Altitude Reconnaissance and Surveillance System (EMARSS). This is an Army program to build a fleet of manned airborne ISR platforms. EMARSS capitalizes on the lessons learned from programs such as the Army’s Guardrail and Task Force ODIN and the Air Force’s Project Liberty. The most critical lesson was the need for on-call, manned tactical ISR platforms that could provide actionable information on a time-critical basis to tactical units at the edge of the battlefield.

Under the urgent pressure to provide such intelligence in support of the warfighters in Iraq and Afghanistan, the Pentagon authorized the deployment of a succession of platforms in multiple configurations. EMARSS is the logical culmination of this effort. The program would provide a standardized platform with advanced sensors, space for intelligence analysts and improved connectivity with units on the ground. Maintaining the program in the Army ensured that the provision of tactical ISR would be coordinated with the needs and operational cycle of the ground forces.

A year-long delay in awarding the contract for EMARSS to the winner in a four-way competition, Boeing, resulted in Congress zeroing out the initial $500 million for low-rate initial production. It also all-but ensured that EMARSS would get caught in the vice between the drive to find budget savings and ongoing debates over roles and missions. The Air Force, arguing that tactical ISR should be its responsibility, made a play to take over EMARSS. The Army decided not to put any money in its proposed budget for EMARSS. Perhaps Army leaders remembered a similar fight in the past over tactical airlift which saw its C-27 program turned over to the Air Force only to have the program first cut in half and then the few available C-27s mothballed in the current downsizing. Since there is no pot of money coming with the EMARSS program, the Air Force, facing its own budget problems, now wants to try and do the mission with its fleet of Project Liberty aircraft.

The consequence of a set of sub-optimized decisions on funding tactical ISR is likely to produce a bad end: a less capable fleet of aircraft that will cost more than EMARSS would to operate and not provide the same quality of intelligence in a timely manner to the forces on the ground. In addition, there are some observers who believe that tactical ISR should not be an Air Force-only mission.

The main reason is that the Air Force has a distinctive cultural approach to the management of air assets based on balancing the supply and demand for support across the entire theater. In addition, the allocation of resources by the Air Force is based on a 72-hour Air Tasking Order. Army leaders worry that units in combat will not receive the tactical ISR support they need on a timely basis.

The fact that the Air Force also is proposing to put the Liberty aircraft in the Air Guard could be seen as further confirmation that the resources will not be available in as timely a fashion as they would if EMARSS were to remain a funded Army program.

There is no question that there is an ongoing need for manned tactical ISR platforms. Nor is there a question that relying for the indefinite future on a fleet of aging, non-standardized, less capable aircraft procured for the last war is a bad idea. The smartest and, in the long run, most cost effective solution is to fully fund EMARSS and leave it in the Army.