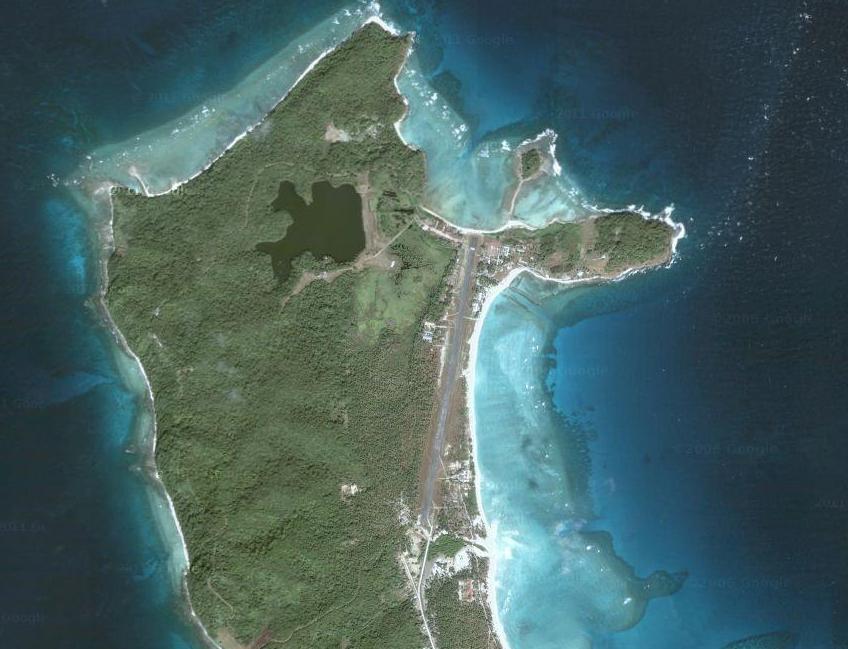 That arrestingly beautiful piece of land is Greater Coco Island in the Bay of Bengal, a part of India's Andaman & Nicobar Islands union territory. It is one of only a tiny constellation of islands that belongs to Myanmar. Greater Coco has for long been known to be managed by Chinese, with reports over two decades of signal intelligence facilities, maritime bases, a radar facilities (which is, apparently, all but confirmed) and as a general surveillance hub to keep tabs on Indian military activity (which only really began in a big way in 2001 with the setting up of the Andaman & Nicobar Command at Port Blair).

While I was on assignment on the Andaman Islands earlier this month, there was plenty of talk about how the Chinese were expanding Greater Coco island's airstrip into a modern air base. The Google Earth grab above gives you a splendid view of the runway that the Chinese appear to have built (my sources say the base is close to completion).

Indian threat perceptions aside, this airfield has got to afford one of the most scenic landings of any airport I can think of. What a beauty.