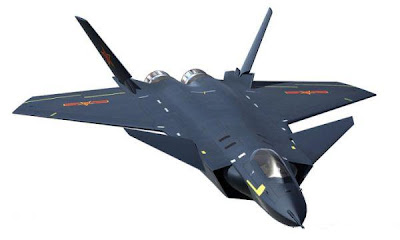 Washington believes the J-20 could achieve an "effective operational capability" by 2018, and suggests the aircraft's role is as not a fighter, but rather a long-range attack platform. It says engine technology is the main challenge China will face in developing the J-20.

The US Department of Defense's annual report to Congress, entitled "Military and Security Developments Involving the People's Republic of China," covers all aspects of China's defence modernisation.

"The J-20 will eventually give the People's Liberation Army Air Force a platform capable of long-range, penetrating strikes into complex air defense environments," said the report.

There has been debate in defence circles as to the exact role of the J-20. Some have speculated that it is intended as a direct rival to the Lockheed Martin F-35 Lightning IIfighter. Another popular theory indicates that it is designed specially for long-range attacks against American aircraft carriers and other targets.

One table in the report underlined the speed and scale of PLAAF modernisation over the last decade. 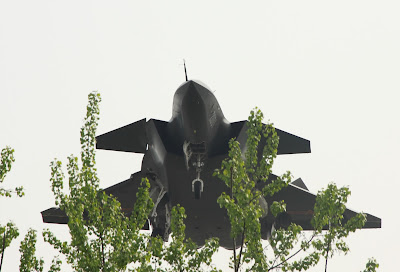 In 2000, around 2% of its platforms were considered modern, whereas today the number is 25%, with the force being filled out with types such as the Sukhoi Su-27 and Su-30, as well as the Chengdu J-10.

The report indicated that most of China's modernisation efforts are aimed squarely at being able to prevail in a conflict over Taiwan, which China views as a breakaway province.

"Currently, 490 aircraft could conduct combat operations against Taiwan without refueling," said the report. "This number could be significantly increased through any combination of aircraft forward deployment, decreased ordnance loads or altered mission profiles."

A war over Taiwan could draw in the USA. Recognising this, China has developed new capabilities tailored for an "anti-access" strategy, aimed at delaying or preventing American intervention.