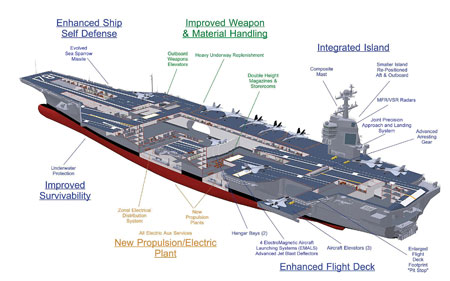 China has just refurbished an old Soviet aircraft carrier and is now expected to build a bigger one on its own that can house large surveillance planes. The Hong Kong-based Mingpao newspaper on Thursday cited the U.S. military website Strategy Page as saying China will build an aircraft carrier even larger than the Varyag that can carry a 21-ton early warning aircraft.

Strategy Page also said China has mounted an early warning radar on a Y-7 cargo plane, which is smaller than the Y-8, and is using it for aerial reconnaissance too.

The Y-7 weighs 21 tons and is similar to the U.S. Navy's E-2 Hawkeye and can be loaded on a carrier, according to Strategy Page.

Chinese military analyst Liu Jiangping dismissed the report. "It would be impossible for China to build a large aircraft carrier immediately after its first one just began trial voyages," he said. "This is just speculation that lacks credibility."

But Jiang Feng of the China Institute for International Strategic Studies said, "The objective of China's Navy in building an aircraft carrier is to bolster its aerial combat capabilities in the ocean that is crucial in protecting naval fleets. It is an inevitable trend to bolster maritime air combat capabilities and boost the capacity for three-dimensional strategies." 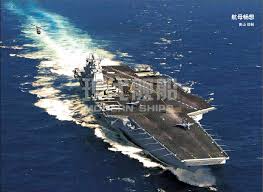