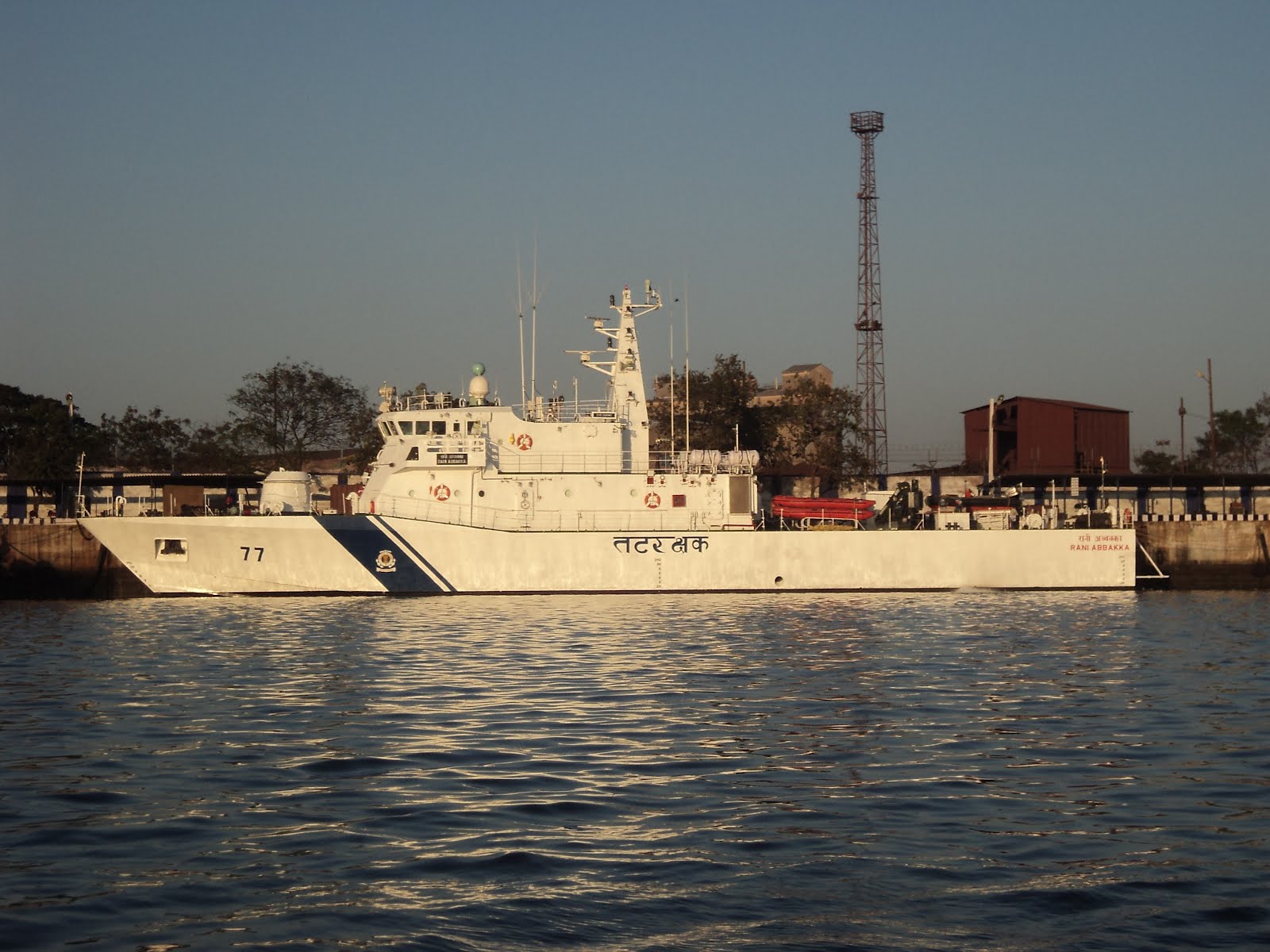 Coast Guard Statement: The Indian Coast Guard ship ICGS Rani Abbakka, the 1st of a series of five inshore patrol vessels (IPV) built at Hindustan Shipyard Ltd, was commissioned at Visakhapatnam on Friday. The ship, incidentally, is named after Abbakka Mahadevi, the legendary queen of Tulunadu, Karnataka who fought the Portuguese in the latter half of the 16th Century.

The 50-m Inshore Patrol Vessel is the first of its class and is propelled by three MTU 4000 series diesel engines of 2720KW capacity at 2100-rpm each coupled with three 71S II Rolls Royce Jets to a maximum speed of 31.5 knots. At economical speed of 14 knots, it has an endurance of 1,500 nautical miles. The special features of the ship include an Integrated Bridge System (IBS), Machinery Control System (IMCS), and an indigenously built gun mount with fire control system. The ship is designed to carry one rigid inflatable boat and two geminis for SAR, law enforcement and maritime patrol. ICGS Rani Abbakka, manned by five officers and 34 men under the command of Commandant C Vivekananda, will be based at Chennai.