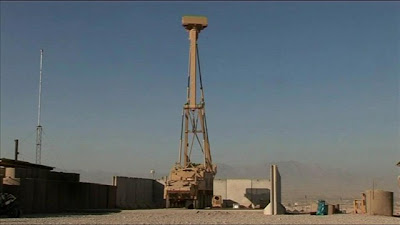 Australia’s Counter-Rocket, Artillery and Mortar radar, known as C-RAM, been rolled out to a number of patrol bases and Forward Operating Bases across Uruzgan Province in Afghanistan. The C-RAM system provides vital warning of impending rocket attacks and mortar attacks against bases, providing precious seconds for our people to take cover, rather than being exposed in the open.
The system will roll-out to more forward operating bases over the remainder of this year. The provision of the C-RAM capability follows on from the Force Protection Review effected by former Minister for Defence Faulkner in 2009 and underlines the Government’s commitment to provide our troops with the best available equipment. Since it began operation in December last year the C-RAM system has provided ten warnings against rocket and mortar attacks resulting in no ADF casualties.
Most recently, the C-RAM system successfully detected and provided warning against indirect fire attacks on the Tarin Kot base early on 12 June and again on 14 June.