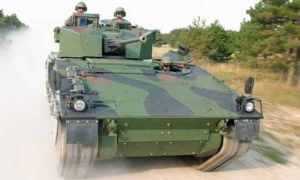 Curtiss-Wright will design, develop and manufacture the turret drive servo system at the company's Motion Control facility in Neuhausen, Switzerland. The contract, which is for the demonstration phase of the program with an option for production deliveries, continues through December 2013.

The Scout vehicle is a new medium-weight armored reconnaissance ground vehicle designed for deployment on rapid intervention, enduring peacekeeping and peace enforcement operations and for support to high intensity, major combat operations. Lockheed Martin UK has been awarded the contract from General Dynamics UK to deliver the turret for the Scout reconnaissance vehicle, which will replace the British Army's Scimitar vehicle.