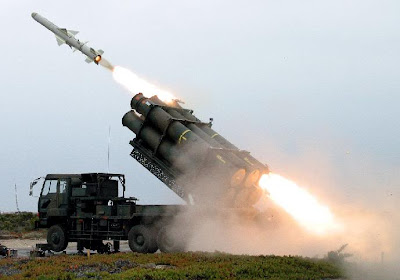 MANILA, Philippines - The Department of National Defense (DND) has ordered the military to look into the possibility of acquiring anti-ship weapons and beef up its maritime surveillance capability.

DND, however, lamented the military’s maritime surveillance capability is “low” due to the unavailability of platforms and aging equipment.

“The Program 1 Resource Manager shall study the possibility and merits of acquiring a capability for delivering anti-ship weapons up to a range of about 100 miles through shore-based mobile missile batteries in the long term,” DND said, referring to military managers.

“The Program 2 Resource Manager shall gradually develop the capability for long-range maritime air patrol and surveillance,” it added.

Developing the maritime air surveillance would entail acquiring assets for long-range maritime air patrol, accompanying base support systems and other platforms to maintain and sustain deployable and deployed assets.

Military resource managers were also ordered to “gradually develop the capability for air surface and sub-surface surveillance detection and interdiction within maritime domain.”

The DND said such endeavor would require the acquisition of assets for offshore patrol, strategic sea- lift, and accompanying base support systems and platforms.

“Likewise, the development of the National Coast Watch System shall also be given priority,” the DND guidance read.

Last September, President Aquino issued Executive Order 57, which called for the creation of the national coast watch system. The order seeks to expand the country’s naval security operations and to protect its natural resources.

The DND is also planning to acquire a squadron of surface attack aircraft in the next few years to enhance the military’s capability to secure the country’s airspace. DND said enhancing the country’s air assets would address the Philippines’ territorial defense concerns.

“The Program 2 Resource Manager shall gradually develop the capability of air surveillance and interdiction by reactivating the Philippine Air Defense System and acquiring air surveillance radars and one squadron of surface attack aircraft,” DND said.

A squadron consists of 12 to 24 aircraft units. A surface attack aircraft is capable of interception and maritime patrols.

The military, for its part, has re-supplied its forces and deployed fresh troops in Kalayaan Island Group (KIG).

Aside from troop deployment which the Palawan-based Western Command (Wescom) described as routine rotation of forces, all naval units in the region, along with the newly acquired Navy frigate, BRP Gregorio del Pilar, have been placed on standby and for any disaster response and other seaborne operations during the holidays.