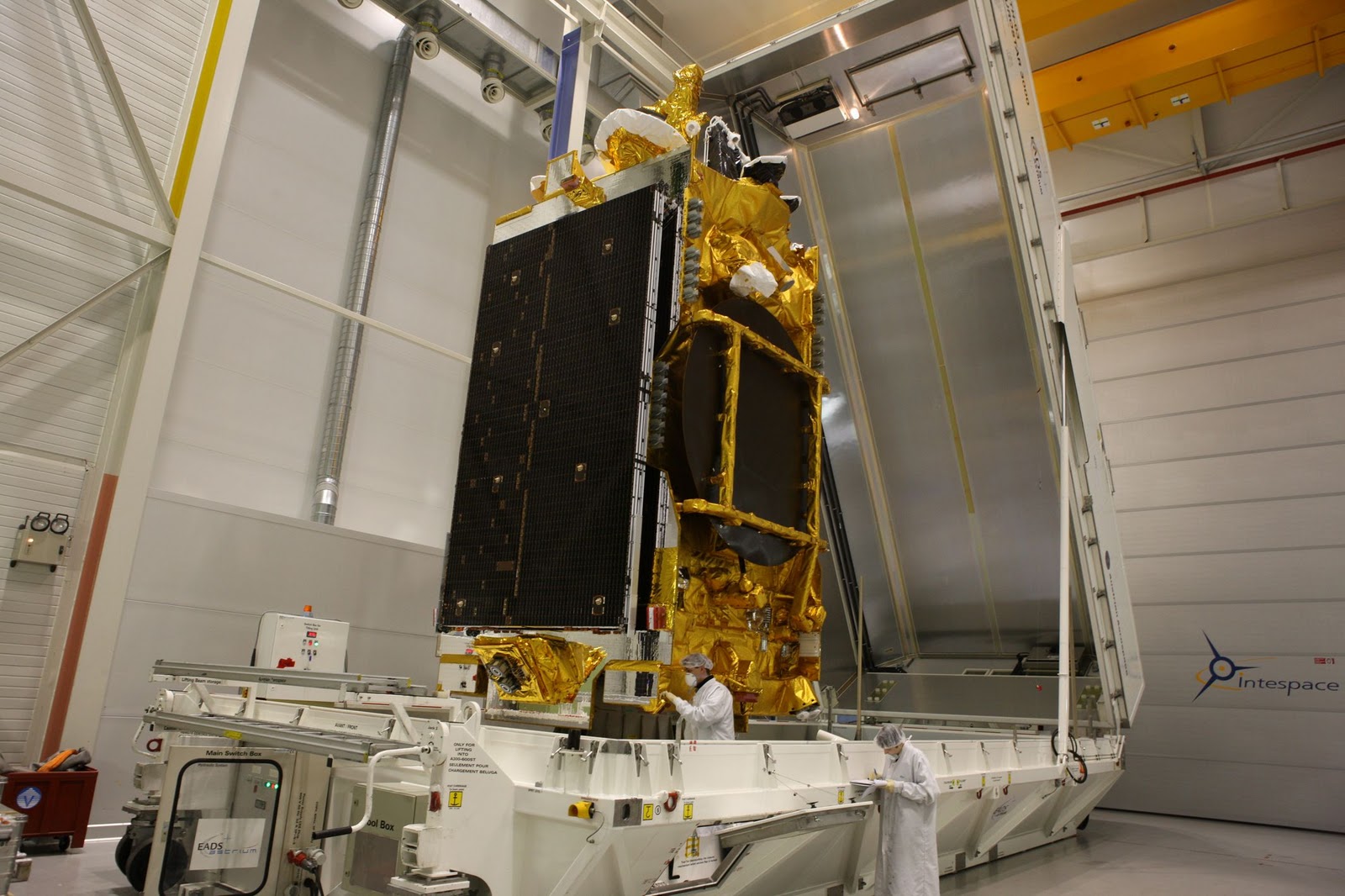 The move, however, could also be linked to the protracted negotiations to buy 60 Dassault Aviation Rafale multi-role fighter jets, a deal that could be worth up to $10 billion.

That at one point involved French-Italian Thales Alenia Space company, which would produce radar-optical observation satellites for a joint Saudi-Qatari-Emirates program. The project was abandoned in 2008.

On April 24, the emirates launched its fifth communications satellite into orbit, the first to provide secure and independent telecommunications for its armed forces amid a drive by Arab states in the gulf to boost their military capabilities against Iran.

The Emirates' Y1A satellite was launched from the European Space Center in Kourou, French Guiana, atop an Ariane 5 rocket.

It was built by Yahsat, the Emirates' Al Yah Satellite Communication Co., a wholly owned subsidiary of the Mubadala Development Co., which has headquarters in Abu Dhabi, the oil-rich economic powerhouse of the seven-member federation.

Mubadala, the government's investment arm, is heavily involved in the Emirates' drive to build up its defense industry.

The satellite was developed and built by Astrium, the aerospace subsidiary of the European Aeronautics Defense and Space Co. and Thales Alenia Space, which has headquarters in Cannes, France. That's owned by Thales Aerospace of France and Finmeccanica of Italy.

The satellite, based on Astrium's Eurostar E3000 platform, had been originally scheduled to be launched March 31 but that was delayed for technical reasons.

A second satellite, Y1B, should be launched before the end of the year to complete the $1.6 billion Yahsat program.

The emirates spearhead efforts by the GCC states to acquire their own military surveillance satellite system to bolster the early warning system they have been seeking to develop for several years.

The GCC states have been talking about a joint early warning system for a decade.

But, largely due to dynastic squabbles within the alliance established in 1982 at the height of the 1980-88 Iran-Iraq war this and other GCC military aims remain unfulfilled.

However, the growing tension between the GCC states and Iran could provide the spur for them to set aside their differences and work together to develop their common military capabilities and lessen dependence on the United States for early warning.

The development of the emirates satellite has strategic implications for the Gulf Arab states. The Emirates Institution for Advanced Science and Technology runs the satellite program.

The emirates, a regional leader in the telecommunications sector, launched its first satellite, the 419-pound DubaiSat-1, July 29, 2001, from the Baikonur Cosmodrome in Kazakhstan, former center of the Soviet space program.

The remote sensing satellite, carried in the nosecone of a Russian Dnepr rocket, was lofted into orbit 425 miles above the Earth and had an operating life of five years.

DubaiSat-1 was built by a South Korean company, Satrac Initiative, aided by 16 Emirates engineers. DubaiSat-2, scheduled for launch in 2012, is being built at a new facility in the emirates.

The United Arab Emirates has established itself as the space technology hub in the region and has had dealings with foreign companies that specialize in military satellites.