Experts Explain the Consequences of Military Escalation in China and India 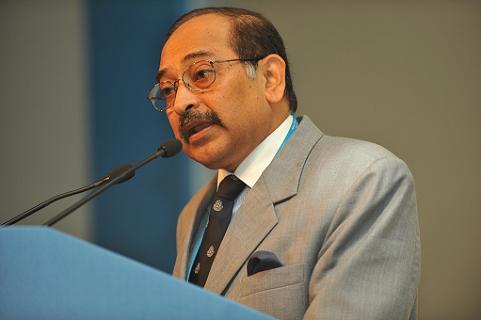 I am very happy to be amidst you today to share my thoughts on the subject of this session.

I am equally happy that IISS has asked me to place today’s discussion in the context of India and China, the two Asian giants, which until 1800, made up half the world’s economy. I have been allotted 12 full minutes and I promise to keep to the timing allotted to me.

The topic, ipso facto, suggests that Effective Military Power is fundamental to International Politics. If that proposition is a given, we need to measure the effectiveness of the two Military powers before we assess the consequences.

Most of you are familiar with well researched material on the subject of measuring Military power. Since the end of the Second World War and the beginning of the cold war, with each passing year, new factors and ingredients of power have been added to the material on the subject. By the mid 80’s there was general consensus that all possible factors had been incorporated to measure the Combat Efficiency of countries that mattered. The collapse of the Soviet Union shook the foundation of many an assumption made by experts. Like economists, military analysts too got it wrong more often than not, just when they felt that they had it all figured. Quite simply, there were too many intangible and abstract factors that were beyond the comprehension of experts.

A decade ago, i came across a new study which, interalia, chose factors less explored, until then. These factors appeared to be very relevant to rising Asian powers. Today I shall attempt to compare the potentials of the Chinese and Indian militaries by using some of these factors before concluding with possible consequences.

The formula in its most simplistic articulation states:

‘Strategic resources’ is a term which is known to all. It includes physical, financial, human, and technological and such other resources, when viewed in the National context and factors such as defence budget, military infrastructure, defence industry and inventory and logistics etc when viewed from the Military perspective. Conversion capability however includes factors such as, the ability to strategise, civil-military relations and in particular the decision making structures, ability to cooperate with other Military forces to establish the broad contours of interoperability, the ability to clearly articulate and execute doctrines related to training, operations, including joint operations  and finally the ability to innovate.

Firstly, the ability to strategise has been displayed more robustly by China than India, notably post the Cultural Revolution. The strike hard campaign (yan da) against secessionist movements and modernisation of the navy under well outlined schemes referred to as Jinyang Fundyu are some examples.

Secondly, in the area of civil-military relations, China has little problems since decisions are made by the CMC and funded and executed with clear accountability. India on the other hand has decades of debate at sporadic intervals which lead to inordinate delays in modernisation programmes of great urgency. Also budgetary allocation for defence is made not based on long term plans but on expediencies from year to year. It is obvious that major modernisation programmes in both countries began as a consequence of sustained and impressive increase in the growth of their respective economies. The Chinese programmes, arguably, have been structured to meet the challenges posed by USA and her allies. Hence the emphasis on long range missiles, cyber warfare, and space based programmes and nuclear submarines. The Indian programme is aimed to contain a worst case scenario of collusive offence by her consanguineous neighbour and China.

Thirdly, in terms of military to military cooperation, India is well ahead of China. The Indian Armed forces have had the added advantage of proficiency in English language and more particularly of having maintained reciprocal training arrangements with the leading countries of the world right through the Cold war era. Most basic tactical documents in the Indian forces were derived from NATO documentation of Allied Tactical publications and allied exercise programmes. The Indian Navy is equipped to seamlessly work with any western navy in the world due to this unique advantage. In operational terms this is an invaluable asset to say the least.

The Indian navy operates quite regularly, as do her sister services, with USA, France, UK and Russia and Indian Naval ships are seen often in distant waters including in the South Indian Ocean, the Far East, Mediterranean and Pacific Ocean. Regular forays into the South China Sea including port visits to China and other littorals as also her ability to conduct bilateral exercises with leading navies of that region and beyond, give her a semblance of respectability and international recognition. The clinching argument here is the fact that many of the structured annual exercises with leading navies is in the realm of advanced ASW, Carrier operations and also tackling non traditional threats.

Fourthly, the Indian armed forces have reasonably good training and operational doctrines including one for joint operations, despite the fact that the govt is yet to take a decision to integrate the armed forces and allow uniformed personnel to be part of the decision making process of the ministry of defence. Much of the Chinese literature on such subjects is shrouded in mystery. Let me quote a recent example of a Chinese senior naval aviation delegation lead by a senior Flag Officer, which was given access to naval aviation training of Indian naval sailors in Indian training establishments. That a young sailor from a remote village of India having been familiarised with English, during his boot camp phase of training, was found to be proficient enough to deal with complex regimes and documents of naval aviation, entirely in English, was noted with more than a passing interest by the visiting delegation. Quite obviously they were prepared to learn from others so long as it fulfils their objectives, as is the guiding philosophy of China. Building a carrier is but the first step. Operationalising  it, is no mean task. It takes a whole generation of personnel to claim proficiency in flying at sea. The Chinese appear to be well aware of it.

Among the strategic resources that I briefly alluded to, let me flag the human resource and how this may impinge on the Combat efficiency of China and India which in turn has consequential impact on the others, notably USA.

That China planned and executed her objectives to significantly up grade her higher educational institutions has been acknowledged. The results are there to see. A number of Chinese universities now appear in the list of the best 100 universities of the world. The nearest Indian university is 100 numbers below. The combination of a better trained party cadre, a large number of who pass out of the Shanghai institute of Administration and a better calibre of bureaucrats as compared to the pre Deng xia ping era, due to induction of well qualified personnel, indicate a strong desire to match mature policy and decision making structures that exist in liberal democracies. The Indian system provides very few high quality institutions compared to the number of aspirants but those that pass out turn out to be top leaders of fortune 500 companies later. Given the large population of both, and the fierce competition to just make it to the portals of good colleges, both countries will continue to find good quality soldiers and officers to lead them, from those that fail to make it to the “ivy league” of their respective countries.

Here I would add a caveat in favour of India. Corruption has been the scourge of both the countries. While stringent punishments have failed to curb corruption in China, India has begun to mobilise people’s power to put the Parliament on notice. The peaceful demonstrations by a few million Indians provided the much needed release of pressure valve for discontent of the middle class, while the Parliament asserted its rights as a representative democracy and not a majoritarian system. Such an event acts to coalesce the efforts of the youth who also wish to serve a voluntary military force. It gives them the confidence to protect a system which is based on established principles of democracy.

Secondly, the social media and internet penetration has introduced a unique challenge. Instant information has the potential to inflame and channel frustrations. While China continues to crack down on dissemination of information as in the case of the recent accident of the high speed train, India is set to expand and expedite the flow of information. Soldiers, Sailors and Airmen cannot be isolated from the mainstream happenings, which if continued will witness adverse reactions among the rapidly modernising forces of China.

Thirdly, by about 2030, just as the two begin to peak in their modernisation programme and begin to leave foot prints in the sands of time, the Chinese would have begun to age rather rapidly while the Indian population will consist of nearly 50% of those in their mid 20’s. A productive work force ready to serve the Industry and the Military both of which are essential elements of National power.

Let me now come to consequences. Given that USA alone accounts for 43% of world defence expenditure, and that posture review and budgetary cuts would at best result in realignment not closure in the Asia-Pacific theatre, significant military investments in Korea, Japan and base facilities and/or agreements with a number of countries adjacent to China, inter theatre hubs at Guam and Hawaii a joint US-Korea command, joint tactical ground station at Misawa etc, may remain untouched by the cuts. China has a long way to go before she has adequate resources to challenge the USA.Exploiting every opportunity to derive Psychological advantage and avoidance of direct conflict as concluded by Henry Kissinger in his latest book, appears to be a wise option for China. Consequently most of the informed and policy related documents of China indicate 2030 as the target date to achieve sufficient deterrence against a potent adversary

What of India? Emphasis on high GDP growth rate and allocation of about 2.5% of GDP for defence (currently at about 1.9%) should see most of her modernisation through. The Indian elephant is on the move under the watchful eyes of the dragon. Time will tell as to which model worked better in their respective pursuit to assert themselves in International politics.