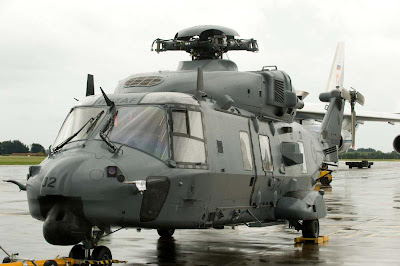 The RNZAF has taken delivery of its first - two new - NH90s

helicopters arriving with an Antonov An-124 cargo plane.

Two new NH90 helicopters will arrive at Ohakea at 9.30am, after being airlifted from France on board an Antonov AN 124 transport aircraft, Defence Minister Wayne Mapp said today.

“These helicopters will provide a quantum leap in capability for the RNZAF,” said Dr Mapp. “The NH90s will give the NZDF better capability to conduct military, counter-terrorism, disaster relief, search and rescue, and other operations. 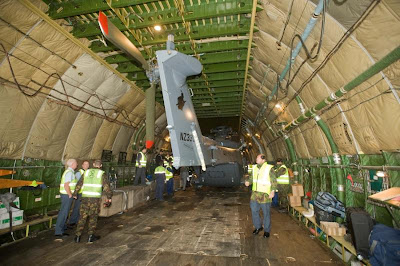 “The NH90s have over three times the power of the current Iroquois and can carry more than twice the payload further and faster.

“They have twin engines for better safety over water. They will also be able to operate from the HMNZ Canterbury which will add tremendously to her versatility,” said Dr Mapp. 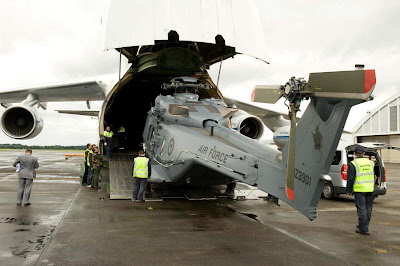 “The Iroquois has been a fantastic workhorse for over 40 years. But they are overdue for replacement,” said Dr Mapp.

Six more NH90s will be progressively delivered from next year. Earlier this year the RNZAF received five new A109 helicopters to replace the old Sioux helicopters. 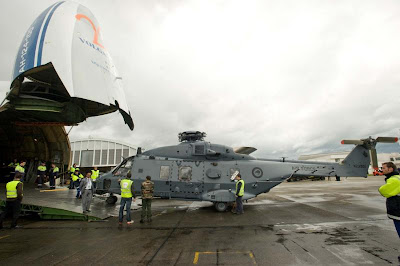 Dr Mapp said the new NH90s will complement the new direction that the NZDF is taking as a result of the White Paper.