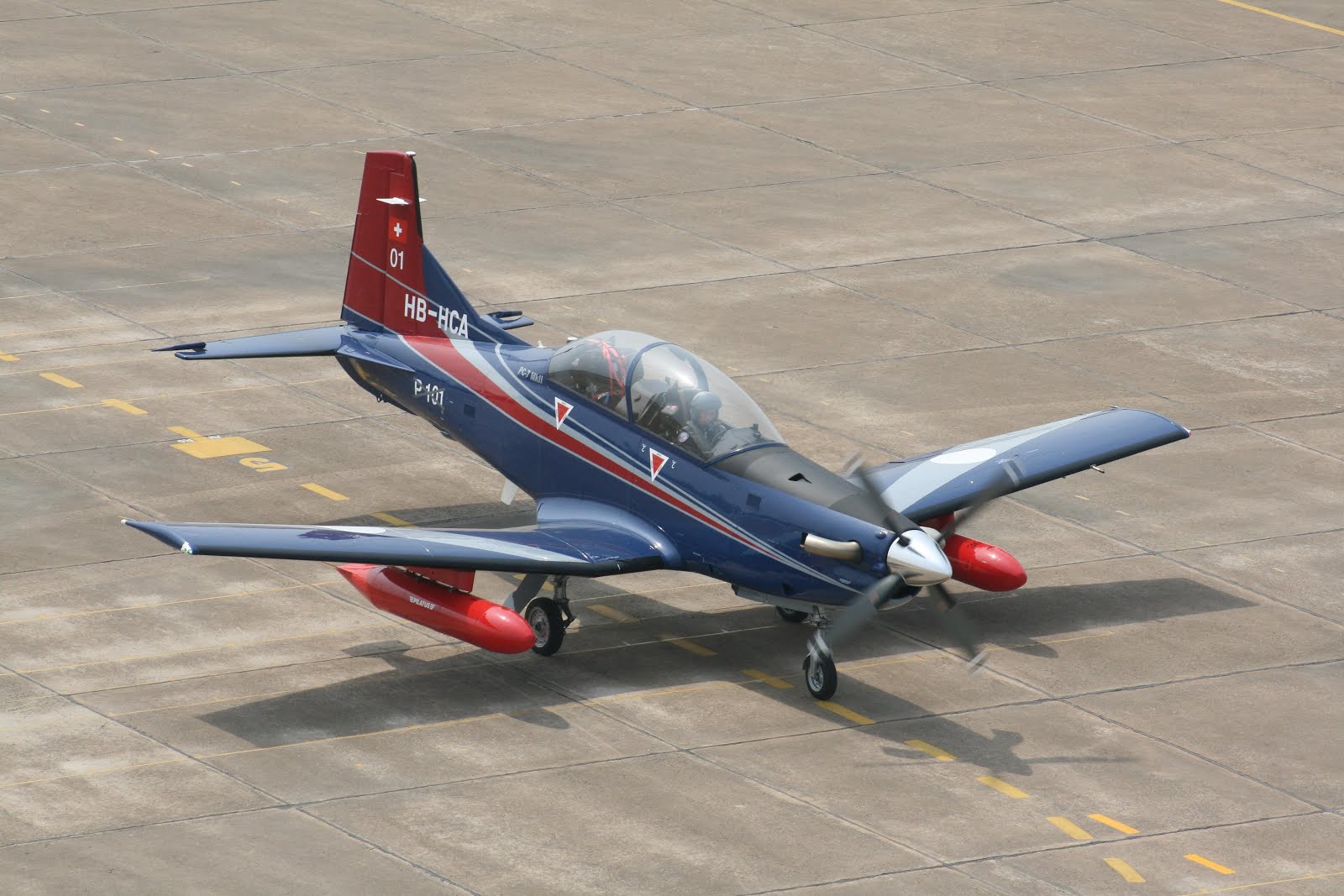 IAF Statement: The  Indian Air Force has received the first lot of the new basic trainer aircraft 'PC-7 Mk-II' produced by the Pilatus aircraft company of Switzerland, which arrived today at the Air Force Academy, Dundigal near Hyderabad.  The first lot of aircraft were flown in by the Swiss pilots and received at Air Force Academy by Air Officer Commanding-in-Chief, Training Command, Air Marshal Rajinder Singh PVSM AVSM VM and Commandant AFA, Air Marshal RG Burli VM.  The aircraft 'PC-7 Mk-II' is a modern trainer aircraft, equipped with the latest navigation system and training aids, and is being used by many Air Forces around the world.  The IAF is to get 75 such aircrafts in the coming months.  With the induction of the 'PC-7 Mk-II' aircraft, the IAF will be able to meet the long standing need of having a basic trainer aircraft post grounding of HPT-32 in July 2009.