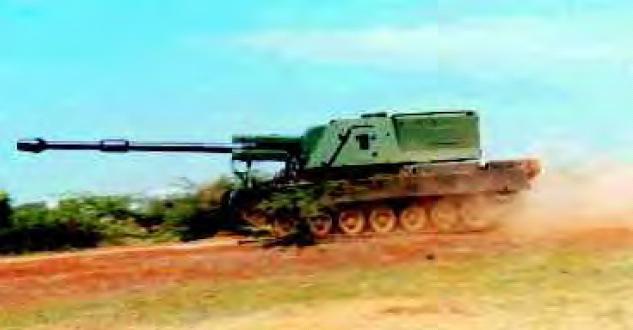 Is India's jinxed BHIM 155mm/52cal tracked self-propelled howitzer back on track? Well, the DRDO has revealed in the latest edition of its Tech Focus journal that "the system has been successfully evaluated and accepted by the user". That's huge. The hybrid foreign gun mated with the indigenous Arjun chassis has had a tough run so far.

In 2005, after Denel's T6 turret was chosen to be the weapon mated to an Arjun chassis, the South African gun maker was blacklisted by the Indian government following allegations of using influence to swing a separate deal. In 2007, I visited the DRDO's tank lab in South India just after an effort to identify a new gun for the Bhim had ended in a single-vendor situation, with only the Samsung Techwin coming forward to bid with the K9 turret. So no go. Sort of lost track of the programme since until I saw the DRDO's journal today (full specs in the PDF).

DRDO describes the Bhim as "one of the finest 155mm/52cal self-propelled howitzers, which is endowed with superior firepower, high mobility and system availability characteristics (sic)."

Will update this post with more from the Army tomorrow. 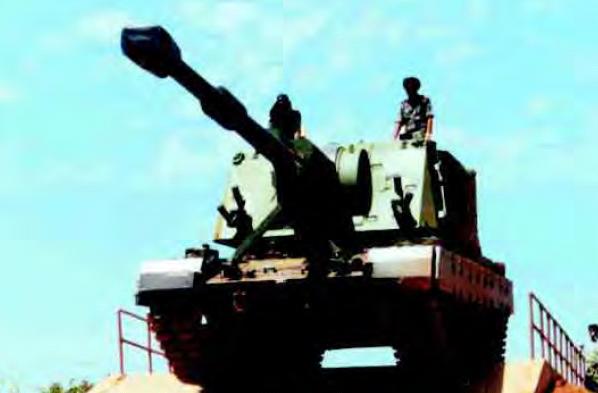