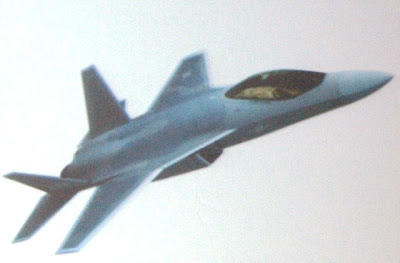 In a seminar today at the Seoul Air Show, South Korean government officials outlined the strategy and plans for the KF-X, a twin-engined stealth fighter with a design goal of achieving manoeuvrability, speed and range performance between a Lockheed Martin F-16 and a Boeing F-15.
South Korea wants to develop the KF-X over the next nine years, with mass production beginning after 2020. Indonesia has already joined the programme, and talks with Turkey are continuing.
If developing an all-new stealth fighter is not enough of a challenge, South Korea also intends to equip the KF-X with a set of all-new weapons, including indigenous missiles in the Raytheon AIM-9 Sidewinder and AIM-120 AMRAAM class, guided bombs and an anti-ship missile. South Korean officials have released a development budget estimate of about US$5 billion, which seems (wildly?) optimistic. 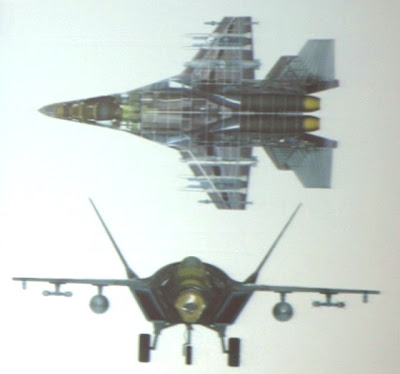 KF-X has previously been pictured with canards, but that concept was nowhere in today's presenations. Instead, the KF-X appears to have morphed into a more conventional fighter. It appears similar a two-engine variant of the Lockheed F-35. This is Korea's vision for the KF-X. Eurofighter presented an alternative vision of KF-X, which I will present later.
(DEWLine-FlightGlobal)
See Also :
Sneak-Peek of K-FX Cockpit
19 Oktober 2011 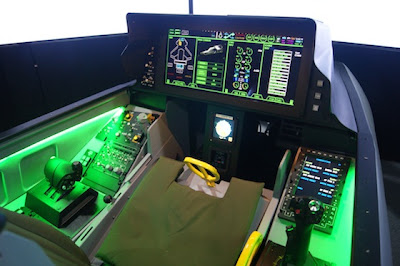 Tucked into a corner of the Samsung Thales exhibit booth was a small room labeled "Next Generation Aircraft Display". Inside was a demonstration cockpit, and a clue to one of the key pieces of South Korea's indigenous K-FX stealth fighter. 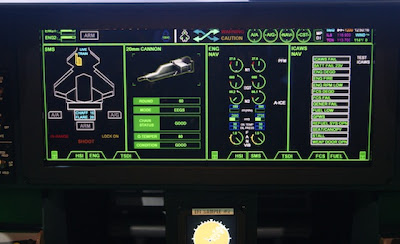 An attendant who spoke only slightly more English than we can speak Korean seemed to express that this was a new KF-16 cockpit. But the image on the large area display showing a fighter with canards and a canted tail gave the secret away. This was the locally developed cockpit concept for the fighter South Korea hopes to develop by 2020.
(DEWline-FlightGlobal)
Partager cet article