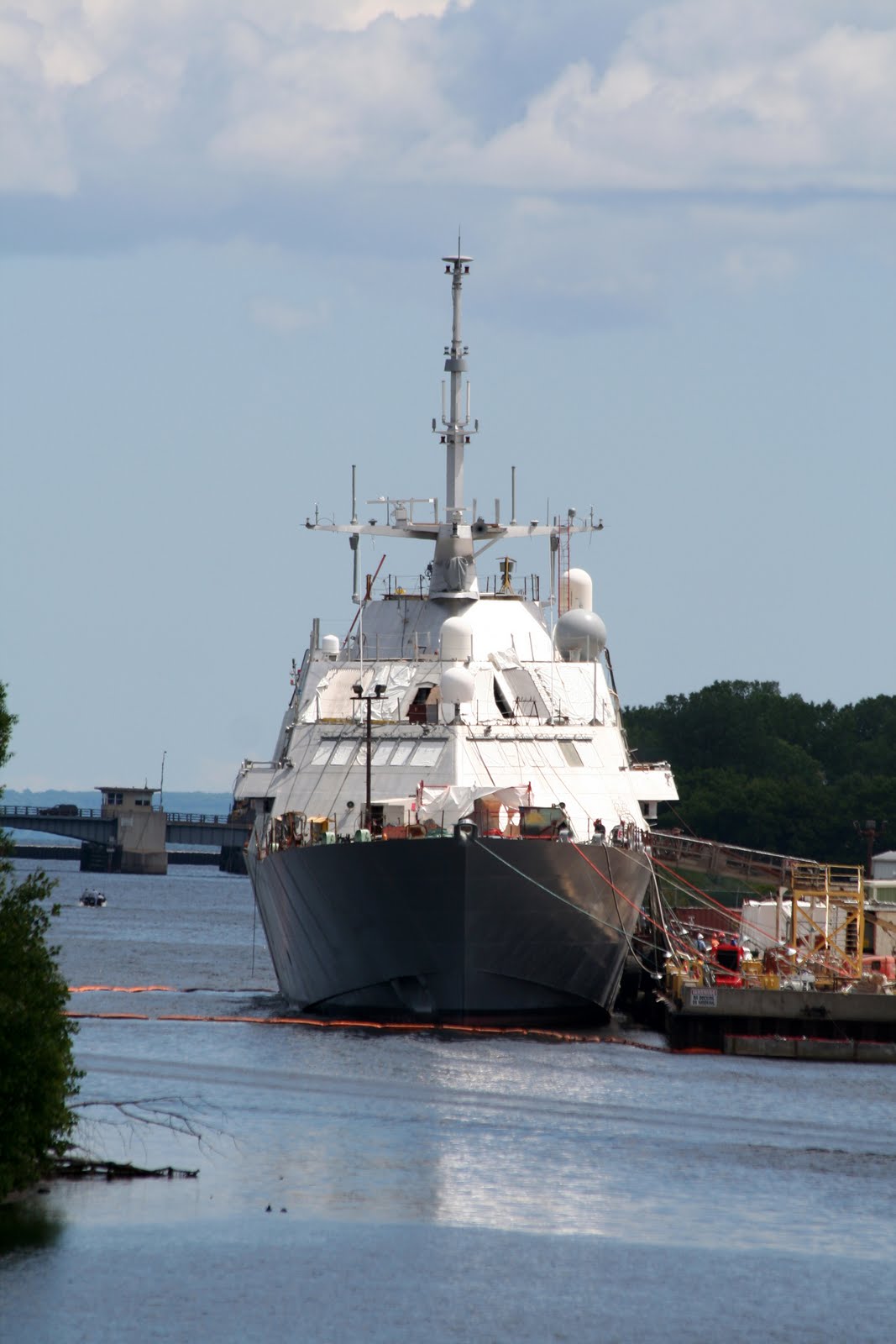 The Milwaukee Journal Sentinel is reporting that the 5th Lockheed Martin version of the LCS will be called the USS Milwaukee (LCS 10).

U.S. Secretary of the Navy Ray Mabus will meet Tuesday with Mayor Tom Barrett to discuss the USS Milwaukee. Mabus also is scheduled to throw out the first pitch at Tuesday's Milwaukee Brewers game. A video of the littoral combat ship will be shown on the video scoreboard before the game.

It is so rare to see Secretary of the Navy Ray Mabus actually talking about and promoting something specific to the US Navy - like the Littoral Combat Ship - that I felt compelled to note his activity on the blog this morning. Well done sir.

And yes, I love the idea of showing a video of the Littoral Combat Ship (and hopefully sailors as well) on the big screen at a MLB game.

Meanwhile, USS Independence (LCS 2) has stopped in Pensacola as she continues to head west. It seems everyone I speak to recently is keeping one eye on the upcoming activities related to testing several MIW technologies currently on that ship. The way I look at this is - it is very nice to see MIW getting attention by Navy leadership for a change.

Finally, for those nerds like me who follow such things, the other first CO of USS Freedom (LCS 1) has been given a major command. According to scuttlebutt I've heard, Michael Doran - the first Gold crew CO for USS Freedom - will soon take over as CO of USS Port Royal (CG 73). The first blue crew CO of USS Freedom (LCS 1), Don Gabrielson, is currently CO of USS Cape St. George (CG 71). For those who thought LCS would be bad for ones career, allow me to respectfully disagree by noting that early on it would appear to be the surest way in the SWO community to achieve major command - at least so far. Obviously two is not a trend, yet, but it is fair to say that in the SWO community of the US Navy today - LCS is where the innovations are taking place right now.

The Navy has a huge manpower cost problem that will not be easily fixed, and in the case of both of these former LCS COs - they literally wrote the book on how to run a ship with less people. LCS COs who learn how to get more from less will be invaluable on the older cruisers which are unlikely to see more sailors anytime soon short of major war at sea, so logically the US Navy is better off giving former LCS COs major commands on ships because the US Navy needs them to figure out how to thrive - not just survive - during lean times that include manpower shortages on ship. Rewarding former COs with major command also sends a strong signal to the SWO community - the promotion water is sweeter with LCS right now, and with LCS going to happen regardless of how hard DoD budgets are cut, every encouragement the Navy can offer to the best and brightest SWOs to shift to LCS is a positive for the LCS program - which the Navy needs to work.