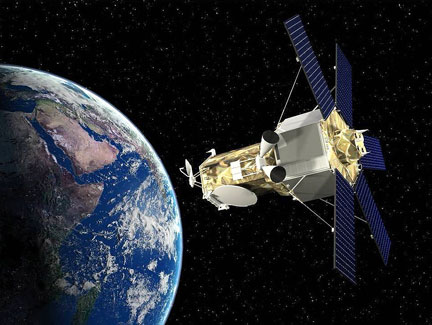 The start of vehicle integration marks the on-schedule progress of installation and testing of satellite components and subsystems over the next several months in preparation for the delivery of ITT’s high-resolution imaging payload early next year.

The integrated satellite structure and propulsion system serves as the structural backbone of the satellite and is essential in maneuvering GeoEye-2 to its final sun-synchronous orbit location, as well as conducting on-orbit repositioning maneuvers throughout its mission life. The fully integrated propulsion system was assembled and tested at Lockheed Martin’s Space & Technology Center in Stennis, Miss.

“The completion of the propulsion system installation and the start of vehicle integration is a critical step forward in maintaining GeoEye-2’s schedule of on-orbit operations in 2013,” said Allen Anderson, GeoEye-2 program director for Lockheed Martin Space Systems Company. “We look forward to working closely with GeoEye to achieve mission success and deliver the world’s highest resolution commercial imaging satellite to its customers.”

Bill Schuster, GeoEye’s chief operating officer, commented, “We are very pleased that Lockheed Martin has remained ahead of schedule and completed this next milestone in the development and construction of our GeoEye-2 satellite. It’s remarkable that we formalized our agreement with Lockheed Martin almost exactly one year ago, and now they are delivering the equipment section for start of vehicle integration.”

Lockheed Martin Space Systems Company is developing GeoEye-2 under a fixed-price contract with GeoEye. Once operational in 2013, GeoEye-2 will feature significant improvements to its predecessors, including enhanced tasking and the ability to collect more imagery at a faster rate with a new ITT camera. Lockheed Martin Commercial Launch Services will launch GeoEye-2 aboard an Atlas V rocket.