Malaysia to Explore Opportunities for Defense Industry Cooperation with Russia 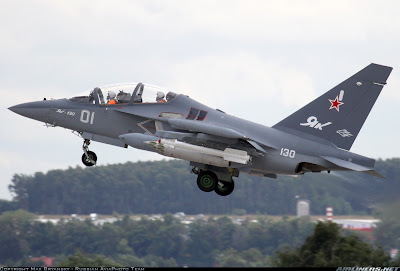 TSAMTO assesses the needs of Malaysian Air Force in modern jet trainer (to replace Hawk) in the amount of 18-24 units. At the same time, according to TSAMTO, purchasing of new jet trainer is unlikely to be realized in the framework of the 10th Malaysia Plan Defense (period 2011-2015), because all procurement programs and their funding for this period has already laid out. Most likely, the purchase can be implemented within the framework of the 11th Malaysia Plan of Defense in the period 2016-2020 (photo : Airliners)

As the "AviaPort.Ru", quoting a press release "NPK" Irkut ", during the visit of President of" Corporation "Irkut" Alexei Fyodorov presented his guest IAZ main divisions, which produces the Su-30MK and Yak-130 components for concern "Airbus" in the program of international industrial cooperation.

"The purpose of my visit to Irkutsk - personally seen, where a multi-purpose combat aircraft, which is used in Malaysian Air Force. What I have seen here is impressive and amazing. I am absolutely convinced that the future of the aircraft is very bright. We also discuss the possibility of future programs, and Malaysian companies are ready to cooperate in the field of "Irkut" - said Ahmad Zahid Hamidi.

In collaboration with the Royal Air Force Malaysia Corporation "Irkut" from 2007 to 2009 posed to this country 18 Su-30MK fighters, known as the Su-30MKM (multi-purpose, commercial, Malaysian). Now discuss the details of yet another contract for the manufacture of multifunctional aircraft. 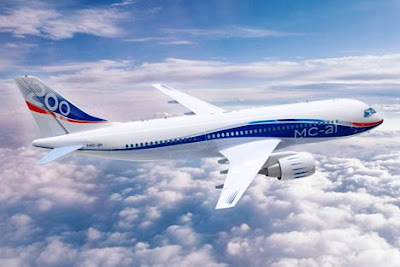 Irkut's MS-21, baseline model with up to 162 passengers, similar to the Airbus A319, and the Boeing 737-700 (photo : Irkut)
According to Fedorov, "Malaysia for us - not just a customer, for us it is a key partner. We would like to secure a good partnership with the Malaysian aerospace industry."
In addition to the Su-30MKM, the parties discussed cooperation on the project MS-21. It is planned that the first deliveries of these aircraft will begin in Malaysia in 2017.
In addition, the defense minister of Malaysia expressed interest in the project Yak-130 and did not rule out the possibility of cooperation in this area. 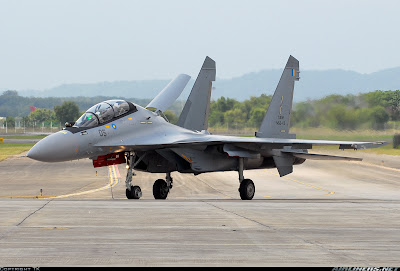 Su-30MKM (photo : Airliners)
The contract to supply 18 Malaysian Air Force Su-30MKM worth about 910 million dollars was signed in 2003. Deliveries of fighters under the contract have been completed in the summer of 2009.
Su-30MKM (multi-purpose, commercial, Malaysian) is based on the Su-30MKI developed for the Indian Air Force. At the same time, this machine has a number of differences, as adapted to the requirements of the Malaysian Air Force. In the final part of the tender of the Su-30MKM competed with the U.S. F/A-18E/F.
As part of the Malaysian contract was carried out a large number of technical discussions with suppliers of foreign equipment on the Su-30MKM, in his pairing on the basis of the experience already gained by the Su-30MKI. Much has been done on the organization of international cooperation.
The contract for the supply of 18 Su-30MKM is unique in complexity and has no analogues in Russian practice. Malaysian party chooses suppliers of imported complete set for the Su-30MKM. Moreover, the contract was structured so that Malaysia provided a supply of these products in finished form on the contract. If other similar contracts usually stipulate a list of equipment and the function ends with the buyer, the buyer is assumed greater authority. This selection, coordination and delivery of spare parts as a pilot and production machines.
The company "Thales" as a subcontractor in December 2003 won a contract worth 120 million euros (147 million dollars) to supply avionics for the Su-30MKM.
The second major subcontractor became a South African company "Avitroniks" which has received an order to produce Malaysian Air Force 18 system warning about the threat to the Su-30MKM. The contract is estimated at 20 million dollars.
The third major subcontractor was Indian corporation HAL, which has put completing a $ 30 million dollars for the Su-30MKM.
In 2011, the Malaysian Air Force flight crews began training on a simulator of the Su-30MKM. The simulator was designed by Malaysian firm HeiTech Padu Bhd in conjunction with the "Sukhoi" and includes two jobs for pilots and their computer system training. The Malaysian government has entered into an agreement with HeiTech to develop and produce a simulator for training pilots of the Su-30MKM in December 2006.
At the opening ceremony of the training center for pilots of Su-30MKM Malaysian Air Force in April this year, Defense Minister Ahmad Zahid Hamidi said that "Malaysia is the leader among Southeast Asian countries in terms of training pilots for aircraft such as the Su-30."
(ArmsTrade)
Partager cet article