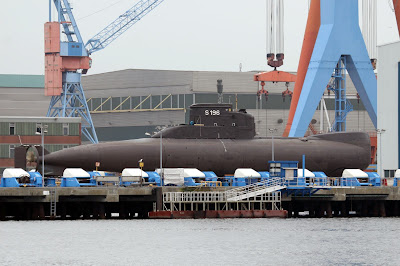 The navy is unlikely to meet the Sept 30 deadline set by a German company for the purchase of six second-hand submarines as a review by the Defence Ministry looks set to delay the purchase.

An eight-member panel appointed by Defence Minister Yutthasak Sasiprapa will look into the merits of purchasing the used U-206A submarines at a cost of 7.5 billion baht.

Critics say the deal does not represent value for money.
Gen Yutthasak last week asked for a week to study the plan after the navy handed him the 200-page purchase details.
The minister expects the panel to pass on its recommendations by Wednesday.
"It's likely that the panel will suggest further consideration or ask for more details," said a source at the Defence Ministry.
The panel comprises former senior navy officers, led by former navy chief Prasoet Bunsong, as well as officers from the army and air force.
The source said there are former navy officers on the panel who disagree with the purchase.
"Perhaps this will provide Gen Yutthasak with an excuse to reject the purchase of the German submarines," said the source.
Germany has given Thailand until Sept 30 to decide whether it will buy the used U-206A submarines, designed for coastal patrol operations, after the purchase plan was not approved by the Defence Council under the preceding Abhisit Vejjajiva government.
An approval from the council is needed before the plan can be forwarded to the cabinet. Former council chairman and defence minister Prawit Wongsuwon was reportedly interested in buying new submarines from South Korea rather than used ones from Germany.
The ruling Pheu Thai Party might support the purchase, the source added, however it also might prefer that the submarines be purchased from from Russia or China instead.
Navy chief Kamthorn Phumhiran, who supports the deal with Germany, is due to retire on Sept 30 and hopes the new government approves the deal by then.
He said the navy has not kept abreast of developments in submarine technology for nearly 60 years, since it owned four submarines in World War II.
"In fact, navy officers want new submarines, but we have to spend up to 40 billion baht," Adm Kamthorn said.
"We don't have such a huge budget."
(Bangkok Post)
Partager cet article